Writer recovers the wish of living after accident

If God cares about animals, why would not he take care of me 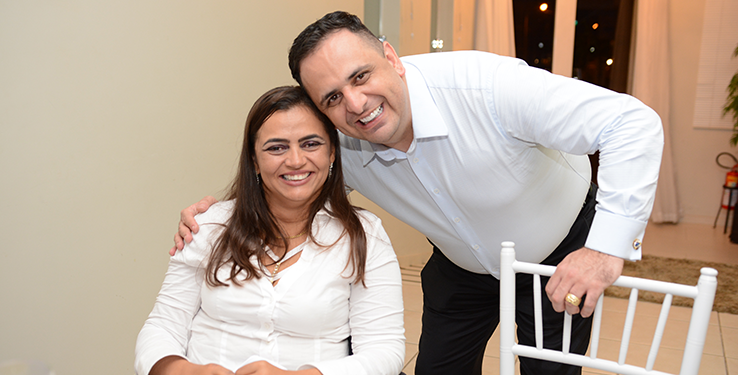 Instead of mourning her condition on a wheel chair, Harlen Maria started to smile again and decided to take advantage of the opportunity God provided her with to restart Via (Newspaper Fé Mundial) Paulo de Freitas At the age of fifteen, the writer Harlen Maria won a contest of models in Goianésia, countryside of Goiás. With a bright future ahead, she was ready to walk on the runway in Argentina and the United States of America. A simple jump in a swimming pool put an end to the dream, which every teen girls have. Harlen broke three vertebras of her spine [c4, c5, and c6] making her quadriplegic. She spent eight months in the hospital and got pneumonia a year later when she had to come back to the hospital. Many didn`t believe she would survive from this condition. The doctors diagnosis were hopeless. According to them, Harlen Maria would have a worthless life forever. To make matters worse than the accident and pneumonia, the writer even lost her eldest brother and six cousins more in an school bus accident when she was hospitalized. According to her, she became very shocked at the loss of her brother, cousins, as well as her condition she had to carry on. She lives in a farm near Goianésia and she thought about giving up of everything. She never thought about suicide, but she decided not to give sequence to the medical treatment. Her position towards life changed after watching a scene in the farm. She saw an atrophied calf dragging itself to its mother in order to be fed.

At that moment, Harlen started to smile. She remembered an excerpt in the Bible in Matthew, chapter 6, where God assures that we have more value than plants and animals; He cares for and never let anything be missing. “If God worries about animals, why shouldn`t He look after me?”, she thought at that moment. From that episode on, the young girl decided to face life ina different way. She decided to fight in order to be a winner

Four years after the accident, Harlen surrendered to the Gospel of Christ and started seeing life in a different way. Instead of mourning her condition on a wheel chair, Harlen Maria started to smile again and decided to take advantage of the opportunity God provided her with. She restarted those treatments in a center of rehabilitation in Goiânia. She has improved very much because she has already got to recover part of some movements she had lost. Faith and Optimism In 2013, she wrote a book telling her experience. The work named “Harlen, Uma Jovem Movida pela Fé” [Harlem, a young girl moved by faith] tells her history with details and gives a lesson to people who live the same situations hers or those who have smaller problems and can`t see the way out. The release is already a success and Harlen has already ended another one, which will be released very soon.   Harlen is bachelor in Theology and member of the Worldwide Church of God`s Power in Goianésia, where she attends the service together with her mother and her boyfriend. She met the Worldwide Church on TV. The writer said that some people converted to Christ when they saw her testimonial. She intends to keep spreading optimistic words and faith to all of those who lost the hope in life. Harlen Maria`s great ally in preaching is social media. She keeps a page on Facebook and also uses Youtube and Instagram to transmit her messages. There are innumerous publications with small messages, which will help people to see life in a different way.