Deafness fades away during cult

The doctors never gave me hope. 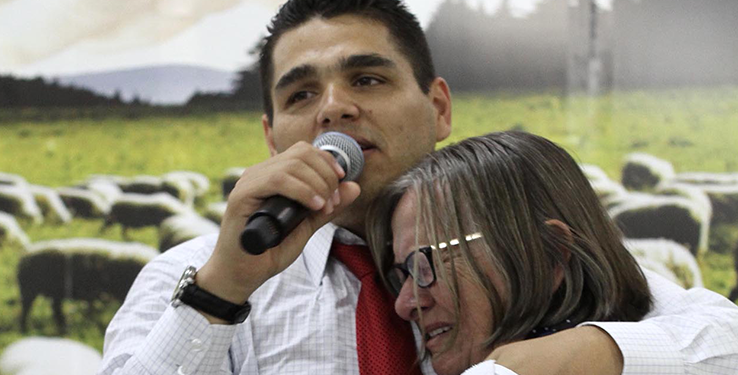 After fifteen years of deafness at the right ear, Barbara Leocádia Dylewski, started hearing normally during a claim ministered by the bishop Thiago Cianni and a present crowd in the city of Porto Alegre. The housewife Bárbara Leocádia Dylewski, 59, couldn`t hold her tears and said that she will never portalt what happened to her during of the cult of the Holy Supper at the Worldwide Church of God`s power in the city of Porto Alegre, Rio Grande do Sul. Without hearing from her right ear more than fifteen years, she started to hear completely during the service ministered by the bishop Thiago Cianni. According to her, she became completely healed after a claim from the bishop with the present crowd. Bárbara declares that she was already giving up of everything after so many treatments, and doctor appointments, and hospitals. According to her, she had lost one hundred per cent of her hearing skill. “I have already searched for everyone and my last appointment, the expert asked for exams to perform a surgery he scheduled, but I didn`t accept. The doctors never gave me hope”, said emotionally.

She explains that the doctors never prescribed hearing device because it wouldn`t solve the problem. Bárbara said this problem disturbed her a lot and believes she lost her hearing skill when she worked for a very noise company. She said she usually faced embarrassing moments mainly when she asked people to repeat what they had just said. Besides doctor`s appointments, treatments, several exams, she always believed that God would hear her prayers on day. In fact, she has known and attended the Worldwide Church of God`s power for six years

With her hearing skill completely restored, Bárbara declares she doesn`t have words to say what happened to her. “God is so good” ends happily after talking to this news on the phone, exactly with the right ear that she couldn`t hear. Holy Week During the preaching of the bishop Thiago, he pointed he spent one week talking about the Holy Week celebration, in other words, Jesus peregrination to the cross”. Jesus came with the mission of taking all of pains of the human beings. He delivered His own life for loving us, being crucified, in order to get the key of the victory, and resurrect on the third day”. During the cult, all of the church was invited to read the Bible, the excerpt that it was prophesized 740 years before the arrival of Jesus Christ and His mission, through the prophet Isaiah in the chapter 53, which says: 4 Surely he hath borne our griefs, and carried our sorrows: yet we did esteem him stricken, smitten of God, and afflicted. 5 But he was wounded for our transgressions, he was bruised for our iniquities: the chastisement of our peace was upon him; and with his stripes we are healed.”

"Before I formed thee in the belly I knew thee; and before thou camest forth out of the womb I sanctified thee, and I ordained thee a prophet unto the nations."
(Jeremiah 1:5)
© 2022 Worldwide Church of God's Power. All rights reserved.
Desenvolvido por Nativa Desenvolvimento
Política de privacidade