The miracle is urgent

Stabbed, the young girl has the bleeding quit after prayer 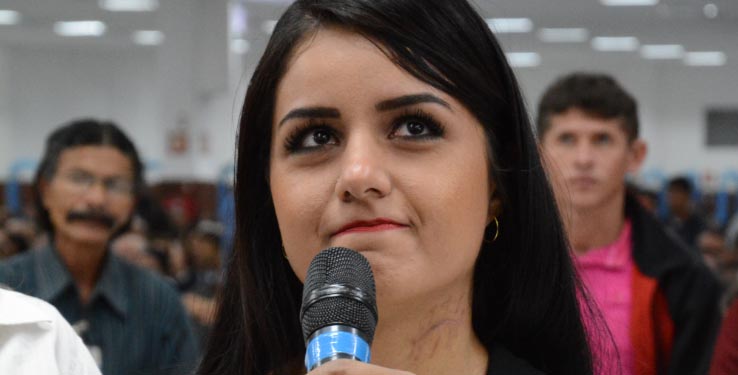 “I was stabbed in the neck by my ex-boyfriend inside the car and thrown out on a road to die”, tells Thauani Soares Ferreira Silva, 19. “I was helped by a driver from UBER who passed by at that moment, and I believe that he was an angel sent by God. I was left there to die”.

Thauane, Marileide Ferreira Silva`s mother became aware of her daughter`s condition when she was hospitalized between life and death. “They told me she would die, she lost four liters of blood before being helped; she swallowed blood a lot; she threw up balls of blood because of her neck”.

Thauane was operated on in hurry, “It was a delicate operation and the doctors said I just survived because of a miracle”, explains. “I spent twelve days hospitalized and my mother told me the doctors said I would have sequels”. Faithfully, Marileide sought God for a solution for her daughter, “I started seeking God, I came to the Worldwide City of God`s Dreams, passed by the hand imposition, and I got to have the Bishop Pinheiro to pray on her picture. At the same time, she reacted and the bleeding quit. God saved my daughter during the surgery and her recovery was very fast without any sequel for the glory of God”. Together, Thauane and her mother, Marileide, testified the power of God with the scar. “There were ten stitches in the cut. My ex-boyfriend thought I was dead, but I don`t feel anything else; I live a normal life; I`m healthy and I thank God for my life and for the miracle which was urgent”.

"Wherefore the LORD God of Israel saith, I said indeed that thy house, and the house of thy father, should walk before me for ever: but now the LORD saith, Be it far from me; for them that honour me I will honour, and they that despise me shall be lightly esteemed."
(1 Samuel 2.30)
© 2022 Worldwide Church of God's Power. All rights reserved.
Desenvolvido por Nativa Desenvolvimento
Política de privacidade