God Removes The Old One To Provide The New One

“After becoming a tithe giver, I could see the change (…)” 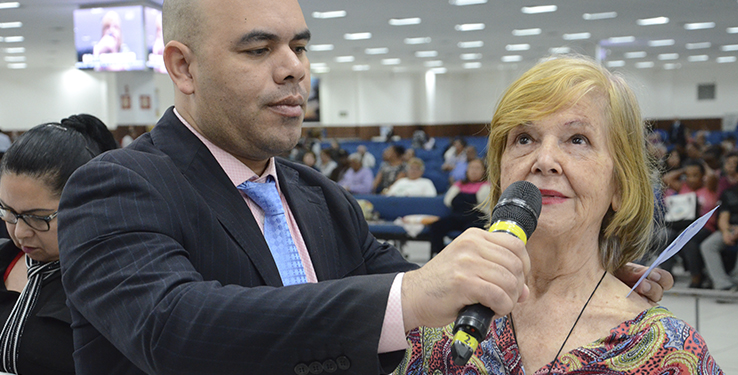 Going through a hard life, and consequently, was about to lose the apartment where she lived, this is Lady Iracema Kuhlmann`s testimony of financial restoration, resident of Village Granada, São Paulo. "I was very sad about the situation that I was undergoing," says Iracema.

"I came to the Worldwide Church Of God`s Power to ask for the help of the Lord, because I was about to lose my apartment," reports the resident of Granada. So she began attending the Worldwide Church, she became a tithe giver as well as aware of the importance of returning to God what belongs to Him.

"After becoming a tithe giver, I could see the transformation. I was looking at a new apartment, bigger and closer one to the Church because I knew that God had the best for me, "Iracema. And she was right, the Lord of the Armies performed the miracle in her life, God removed the old one to give the new one, "Oh, today I live in that apartment that I wanted very much, I'm very happy," resident of Vila Granada ended her testimony.

"He that walketh with wise men shall be wise: but a companion of fools shall be destroyed."
(Proverbs 13.20)
© 2022 Worldwide Church of God's Power. All rights reserved.
Desenvolvido por Nativa Desenvolvimento
Política de privacidade