The final decision comes from God

"I didn't want God`s allowance to cut my leg." 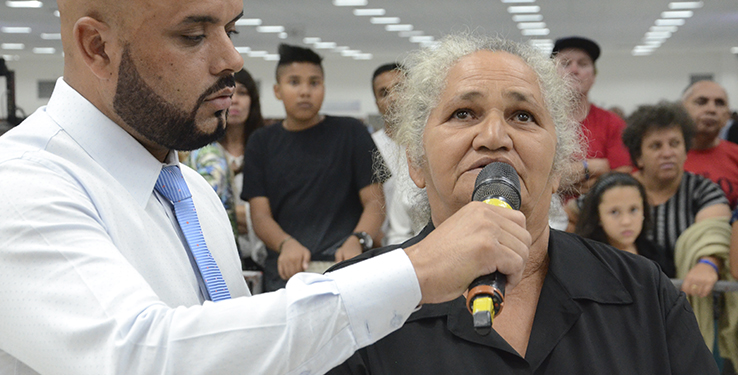 "I live on a farm, and I went to get firewood, I always did that and, while I took the firewood leash of wood entered in my left leg accidentally which almost flew through from end to end," says Juvelina de Assis, 68 years old, resident of Cabo da Mata , Minas Gerais. "After that, it was an open, ugly, big wound ."

When looking for doctors, Juvelina received bad news. "The doctors said my leg got injured and it wouldn`t be good if we didn`t cut it off because the wound turned into an ulcer and necrosed my left leg. I spent five years fighting against it, to try to heal the wound and I did not want God`s allowance to cut my leg. "

At home, Juvelina sought a solution in God. "I started drinking the consecrated water and washing my leg with it, the anointing and dry it with towel Be You a blessing and nine months later, the wound closed, Jesus healed, and it wasn`t necessary to hear that they would remove my leg, God helped me and I'm very grateful to Jesus".