"In this work, we learned that prosperity isn't money, it goes far beyond." 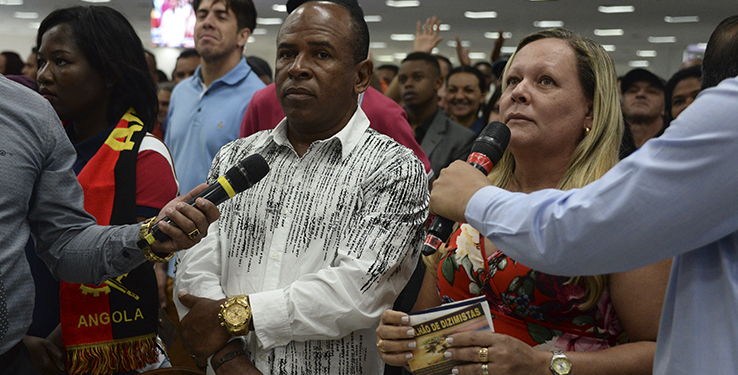 The couple Jair Luiz Araújo and Gilda Souza Araújo, residents of Camaçari, Bahia, testify together God's prosperity in their lives. "We got to know the Worldwide Church of God`s Power in 2004, at a time when we worked for having something to eat and nothing else was left in a very difficult situation. A friend told us about it, in which we become members, providers, but not tithe givers. Only after becoming tithe givers God came with providence in our favor, "reports Gilda.

"We had a store that was 100% in debt, in bankruptcy. The place needed reforms and we had no financial condition to do it, "explains Jair. "After becoming tithe givers, believers, God changed everything from night and day, in a way that only He can do."

Gilda continues. "We renovated the store, bought the neighboring point and, in 2012, we tried to buy a house, but no Bank wanted to approve of funding for us. We came to the Worldwide City of God`s Dreams, in Bras and the Apostle prophesied that we could succeed. The word of God`s man never falls to the ground and, in less than fifteen days, God gave us conditions to buy the House in sight " And Jair concludes: "in this work, we learned that prosperity isn't money, it goes far beyond. It is also peace, health, happiness and everything else. And all things come from God. "

"For thou wilt light my candle: the LORD my God will enlighten my darkness."
(Psalm 18.28)
© 2022 Worldwide Church of God's Power. All rights reserved.
Desenvolvido por Nativa Desenvolvimento
Política de privacidade