From employee to entrepreneur by the will of God 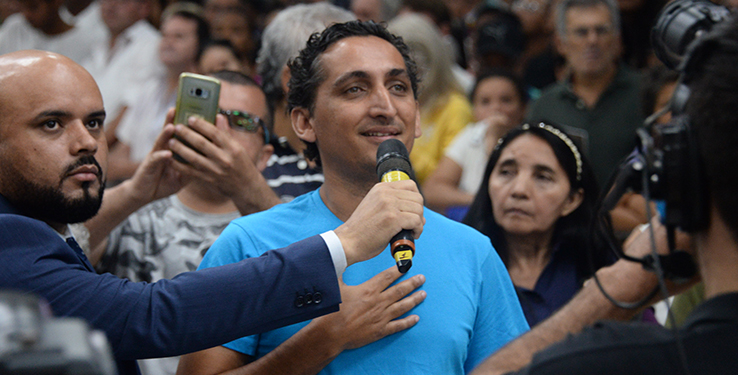 The resident of Contagem, Minas Gerais, Weber Douglas Guimarães, 35, had his life modified by God. “I lived under humiliation, ignored, worthless. I used to work, but my bosses never saw my production, and there were some people who used to call me a fool. I searched for a promotion, an opportunity, but I was always carrying cement on my back”. According to Weber, “I got sick a few times due to pression, my blood pressure reached 24, I almost heart attack because of work and yet, all I received were charges. In the end, what I earned was not enough to pay for my debts and people charged me on streets, in front of everyone. No one believed in me, I never expect any good thing in my life. I was a driver and I used to receive around 800 reais”.

That`s how Weber came to Jesus. "I went to the Worldwide City of God's Dreams in Brás, asking Apostle for prayer, I told my case and he asked me if I were a worker. I told him that work was what I did, but I never saw money. The Man of God has blessed me and from that day on, God began to put projects in my heart.

I started to receive support, opened own business, managed investments and a partner, after machinery. Today, I have a company assets of more than 1 million reais, everything that God gave me in twenty-five days, one more company mills and everything that is produced, God has blessed that nothing stays without selling and is always for buyers to view. I say that this Ministry is Jesus and the Apostle Valdemiro Santiago is the anointed man of God "