Jesus saves your life of all evil condition

"I can say that I was born again, to the glory of God" 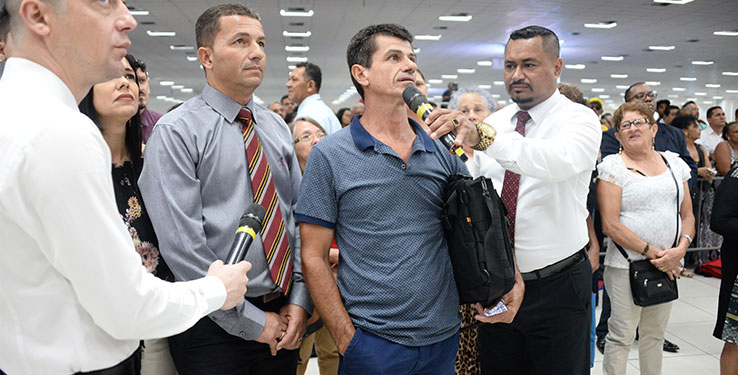 “While I was working, riding on a metallic structure almost seven meters high, near power lines when, without realizing it, I touched an iron bar which was in my hand at one of the wires and I was given and electrical discharge of 13000 watts”, tells Adelson Francisco de Souza, 53, resident in França, São Paulo. “At the moment of shock, I only had time to pray to God so that I wouldn`t fall, or at least I wouldn`t die. In my shirt pocket, there was a little towel Be You A Blessing and I tried to touch it, but I couldn't, soon I lost consciousness. Paramedics picked me up thinking I was dead.

I suffered deep burns over my body. The doctors had to shave off all my hair, because there were burns on the scalp. A team of experts said that they never found a case like mine and the person involved survived, stating what I said to them, it was a miracle of God. Firefighters are back in the ICU room to see if I were really alive, in doubt”.

Adelson spent four days hospitalized. “After the first day, my family and I began to seek God's help so I was soon healed and got out of the hospital without serious burns or bruises on my body. Jesus answered our request and I can say that I was born again, to the glory of God”.