Everything God does is perfect

“The whole team of delivery recognized she was miracle of God” 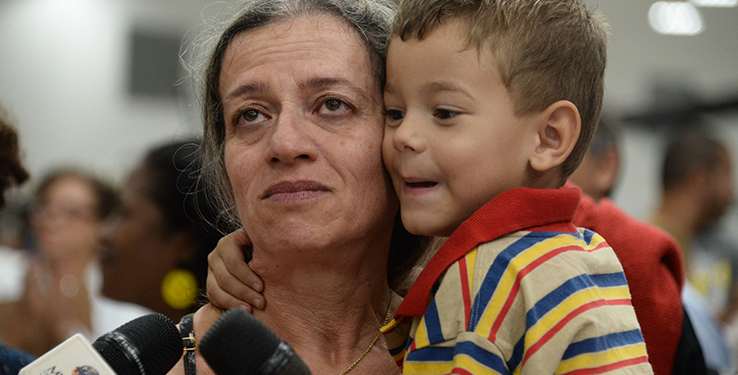 “When I received the news that my son wouldn`t probably be born in one of the pre-natal appointments, I got shocked, but I remained faithful in God”, tells Elisamara da Rocha, resident of Uberlândia, Minas Gerais. “Every month after that, the doctor asked me to abort and I denied”. The mother of Elisamara, Maria Aparecida da Rocha, cried out for her daughter`s and grandson`s life. “I first met the Worldwide Church ten years ago and I have seen a lot of miracles in this work. When the doctor said that the baby might not even be born, I scolded him and said that he would turn to the god of the apostle and, at home, I embraced the television in prayer”.

“Four month pregnant”, continues Elisamara, “The doctor told me my son would be born with no abdomen and no arms. He demanded abortion, but I refused, because if God gave it to me, it would be perfect. At five months, I was operated by cesarean section and my son was removed from my uterus.

For the doctor's surprise, he was born perfect, with his arms and abdomen and the entire delivery team recognized that he was a miracle on God's part. He was still 56 days in the ICU, in an incubator” Holding the boy in his arm, Elisamara concludes. "I thank God, because here is my miracle," says about the little Taylon Cristian, four years old.