All who accompanied, could see the miracle that God did in my daughter 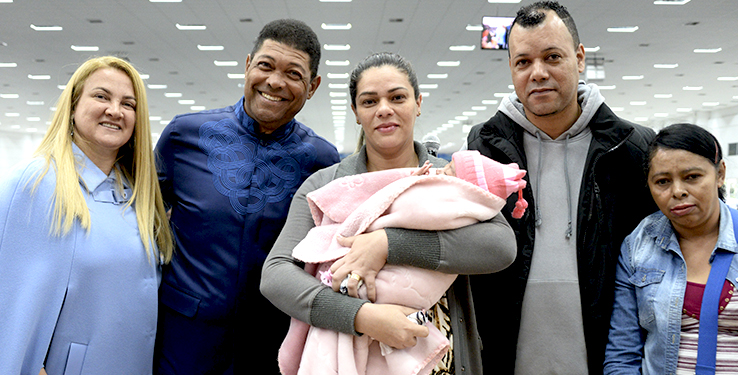 "When she arrived at the hospital, she was fine, but in a matter of hours, she was at risk of death," says her mother Andreia Rodrigues Vidal dos Santos, 41, a resident of Paraisópolis, São Paulo. "She had two bacteria, and unfortunately became widespread infection, the doctor said she had hours, because for the next day, she had no more chances," says Mother Andreia.

The moment she heard those words, Mother Andreia became desperate, but then understood what she had to do, "I and my whole family began to cry out to God, asking Him to heal my daughter because it was very difficult, she was swelling, and only her heart was working, "reveals Andreia.

"This disease is so complicated, but in 17 days it was well, healed, for the honor and glory of the Lord! Everyone who accompanied, could see the miracle that God did in my daughter, and all the doctors and nurses, recognized the power of God on that situation, "says Andreia. "It is in these hours that we see how good God is, and that his power is unsurpassable," says the man of God, Apostle Valdemiro Santiago.