Strong infection struck the skin, blood and eyes of young woman who came to be disillusioned 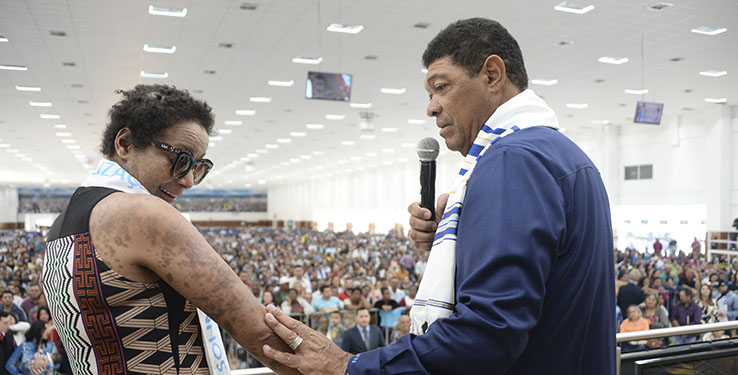 Whoever observes the testimony of the young Jamile Carvalho Souza, 29, a resident of the Real Parque neighborhood in the city of São Paulo, who was cured of infection in her body, can not imagine how much she suffered during the process. The now dry marks on his body before were full of open wounds. His skin lost its usual color. But the illness did not only affect his aesthetic condition, his life was at risk. Disliked by doctors, her only recourse was faith. Even with almost no chance of recovery, she nurtured divine hope in her heart.

"God gave me great peace and always spoke that I would not die," he said.

The case generated great curiosity in the medical team where the girl remained hospitalized from September 15 to November 1 of this year. "Many came into the room because they had never seen anything like it." His mother, Vanusa, remembers the unfolding process. The infection struck the skin, blood, and eyes that had been operated on. "When I prayed, God always spoke to me that it was for her to seek His presence. Only then would she survive, "recalls her mother. And that's what she did. Even restricted to the hospital, she sought the Lord in prayer and her request was answered. "This is the power of faith," concludes the Apostle Valdemiro Santiago.