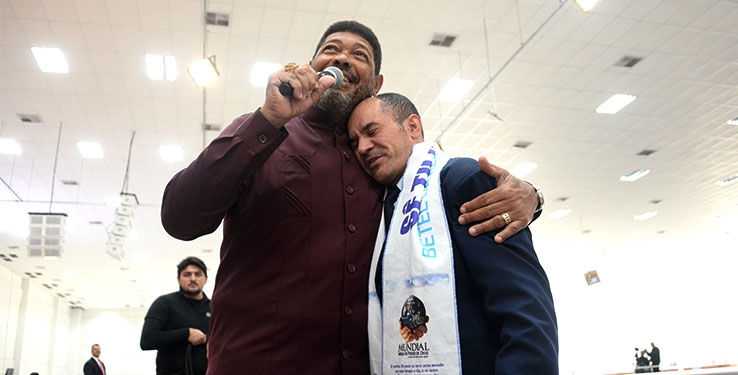 Before meeting Christ, the finances of the contractor João Ferreira Costa, 45, were always in the red. Along with his wife Arenilda Virginia da Silva Costa, 51, he spent many nights at a pool table for not being able to afford the couple's bed. "We are already hungry, we live in places that only God himself could take away. At that time, the closet was an old freezer, the rats would go in there to eat our food, "he recalled excitedly. Financial difficulties left both of them worried. Looking to get away from the problems, John starts to drink and play, sinking even more. Irresponsible behavior affects marriage, is when Arenilda seeks strength in the Lord: "I met the World Cup on television. We were on the verge of separation. First, God touched my sentimental life. Then it was the liberation of my husband and today we live something that has no way to compare with the past. "

By placing everything in the hands of the Creator, the wife brings the reality of Psalm 37: 5 to the family that begins to thrive. You can also see this happen in your home! If you choose to leave your problems at the altar and trust, God will answer your prayers with the solution you are looking for. The most recent miracle of John and Arenilda came after they fulfilled the key vote. The contractor made the point as soon as it was released. Days later, he was surprised. "I received a call from the bank renegotiating my debt from R $ 24,606.82 to R $ 5,001.32. And I went in person to consult a value that had to pay in the Federal Revenue and was zeroed, I did not have to pay no penny. It is very important to make the vows. The experiences we experience increase our faith, "he told the World City of God's Dreams in Santo Amaro. Currently, the couple lives in the house in Parelheiros, in the south of São Paulo, and they manage the goods they have conquered with the help of the Lord. "We were blessed with rental houses and land in the interior of the state. João is always doing some work and I work in the little store that we open here in the neighborhood. God changed everything. "

"There is that speaketh like the piercings of a sword: but the tongue of the wise is health."
(Proverbs 12.18)
© 2022 Worldwide Church of God's Power. All rights reserved.
Desenvolvido por Nativa Desenvolvimento
Política de privacidade