Woman goes back to walk after the Apostle's intercession

Paranaense was for about 6 months bedridden by aggravation of fibromyalgia 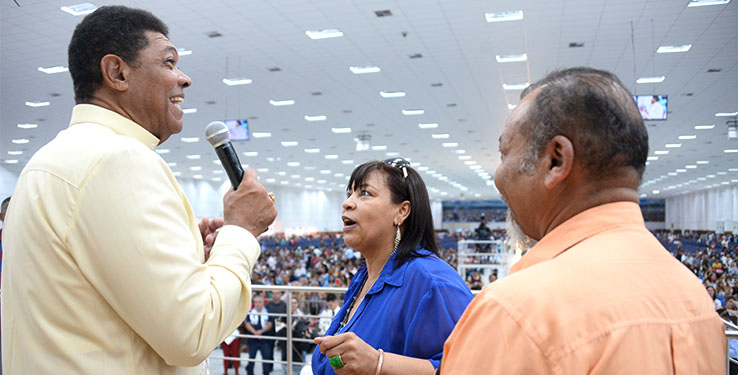 The 55-year-old Brazilian Maria de Lourdes Lourenço could not do anything without help. Simple tasks such as changing the position in the bed, taking a shower and taking care of household chores were impossible. Diagnosed with fibromyalgia, little by little, she was losing her movements until her legs atrophy. To help her, her sister, the microentrepreneur Maria Aparecida Lourenço, 53, left the city of São Paulo with the goal of spending a season using her knowledge as caretaker to make the domestic life more comfortable. Maria de Lourdes used various medications in an attempt to relieve the pains in the body caused by fibromyalgia. The syndrome has no cure and the doctors have already given it up.

"My sister moaned in pain. They said she would not walk anymore because her legs were atrophying. I searched for her a lot. My grandson took a photo to the Apostle Valdemiro Santiago who interceded and prophesied the cure, "said Maria Aparecida

Fifteen days after the intercession, the domestic one returns to move in the bed, breaking with the period of six months of rest. The advance is gradual. The domestic one begins to gain confidence rehearses the first steps with the aid of the walker, crutch, until walking alone. "God has to be glorified because my sister walks. She is happy and has come back to take care of her family, "he testified with great joy in the World City of God's Dreams in Santo Amaro. Just God There is a song that says "there are things that only Jesus does". And that is really what happens in some situations in our lives. However much knowledge and faith we have in our being, we are limited and dependent on the divine action to release the miracle we so badly need. When uncertainty strikes the heart, remember what is written in Matthew chapter 19, verse 16: "Jesus ... said unto them, This is impossible with men, but with God all things are possible."

“The wisdom of the prudent is to understand his way: but the folly of fools is deceit.”
(Proverbs 14:8)
© 2022 Worldwide Church of God's Power. All rights reserved.
Desenvolvido por Nativa Desenvolvimento
Política de privacidade