Memory back after stroke

Seamstress stayed for a month without recognizing the family 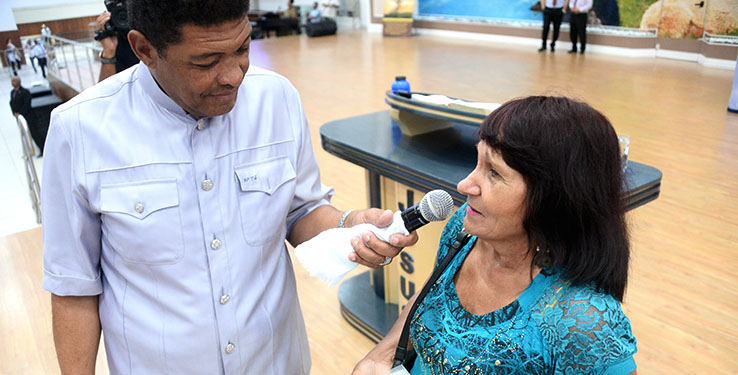 The apostle Valdemiro Santiago did not believe in the physical state that the seamstress Fátima de Jesus Santos, 64 years old, was after being affected by a stroke. In the photos that precede the cure, the resident of Jardim Ângela, in the south of São Paulo, presented a physiognomy that was depressed by the aggressive weight loss, a completely opposite aspect to the present one.

Fatima spent a month in hospital. Stroke interfered with memory functioning and she was unable to recognize the children who were unfolding with care, taking turns night and day as chaperones in the hospital, family and friends who visited her. "I did not know who the people were, I also did not see and I only ate through the syringe, with the help of my daughter," he reported in the World City of Dreams in Santo Amaro. The team of specialists no longer believed in recovery and began to prepare them for the worst, not feeding false hopes on their children, but the Lord took care of everything and had a perfect plan: "The doctors said that 'I was in another world, was not here. But God has brought me back and I am healed".