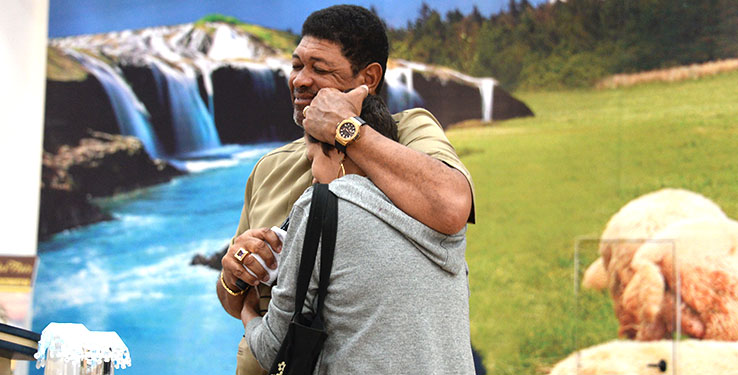 With photos of before and after her healing, Professor Luciana Oliveira da Silva, 43, attended the World City of Dreams of God in Santo Amaro, south of São Paulo, to strengthen the faith of the church in telling her testimony. The cancer diagnosis happened by chance while performing routine exams. Once the tumor was identified in the right breast, Luciana was already referred for the beginning of the treatment. The team opted for surgery, chemo and radiotherapy.

"I suffered a lot, but God healed me," he said.

Until she was discharged, the teacher faced a long road and discovered the faith. "When he heard about how the Lord's power was changing people's lives, he accepted Jesus and began attending the World Cup," explained the educator's mother who accompanied her closely, pensioner Eunice Coutinho Garcia, 67. A real wave of prayer is formed in favor of Luciana's health. Not only did the IMPD members intercede, as brothers of their mother's church and other denominations of Embu of the Arts, where they live, bent their knees crying for divine action. The result could not be different, a few months later came the most awaited confirmation: "I did new tests and gave nothing else, and it will never give." "This is the God of the Bible, Brazil, who heals the cancerous," exclaimed the Apostle Valdemiro Santiago with much joy as he talked with the teacher. God is real! Illnesses, financial difficulties, trials can not steal our faith. God remains Lord when all is well or if challenges press us against the wall. Keep your heart in Jesus and be assured that your victory will also happen at the perfect time.

“The discretion of a man deferreth his anger; and it is his glory to pass over a transgression.”
(Proverbs 19:11)
© 2022 Worldwide Church of God's Power. All rights reserved.
Desenvolvido por Nativa Desenvolvimento
Política de privacidade