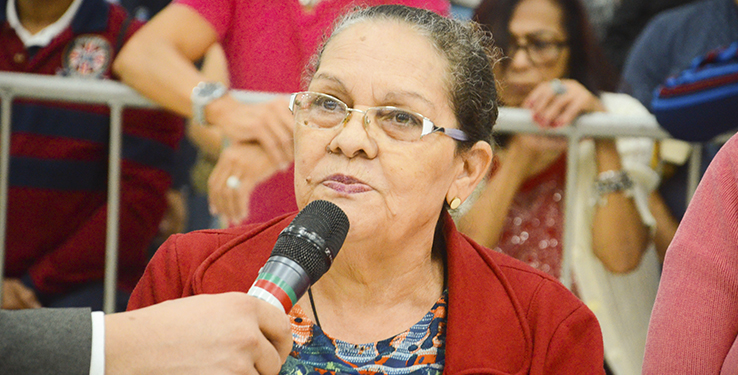 In human eyes the life of Cosmerina Souza Andrade, 59, a resident of the city of São Paulo, was by a thread, because she had six aneurysms, but in the eyes of Heavenly Father, this moment was only one phase of her life, a phase in which he would prove great miracles.

When she arrived at the hospital, the doctors believed it was a heart attack, but after five days they diagnosed six aneurysms, but one had burst in her head, so the medical committee told the family that Mrs. Cosmerina's case was very delicate, had little chance to survive and asked everyone to prepare for the worst.

But, there are no difficult cases for God, He has power to enter with healing in all diagnoses. Cosmerina accompanied her family to the World City of the Dreams of God of Santo Amaro, to tell the great testimony of healing. "I am cured, the doctor herself has recognized that I am a miracle!" Said Cosmerina. "I am very happy, I always thank God for being here, and every day I follow the television programming of the World Church," concluded the testimony.

"All scripture is given by inspiration of God, and is profitable for doctrine, for reproof, for correction, for instruction in righteousness."
(2 Timothy 3.16)
© 2022 Worldwide Church of God's Power. All rights reserved.
Desenvolvido por Nativa Desenvolvimento
Política de privacidade