After suffering two heart attacks, Joseph comes to the World City to tell the miracle 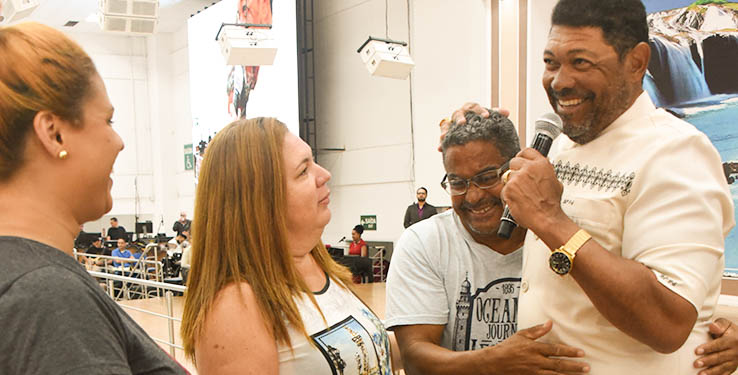 "Apostle I had two heart attacks, the first one I spent eight days in the Intensive Care Unit and three days in the room, and the second I stayed in the ICU for seven days and two days in the room." For those who hear this phrase, do not imagine that Mr. José Socorro Almeida, 53, is standing, without any sequel telling the great testimony that the Lord has operated in his life!

Joseph's wife stood beside him and said, "The doctor said that if he had not attended to him in a minute, he would not have been able to stand it." Then, in response to the Man of God, Apostle Valdemiro Santiago said: "Even if he were not attended to, he would be alive here, you know why? Because it is not man who saves the life of anybody, who saved was God".