Child is healed after receiving prayer from the Apostle

Amid despair, Celia rushes to the altar in search of her daughter's cure 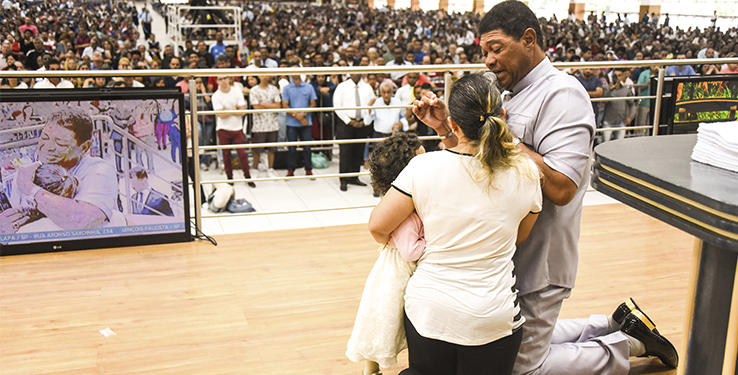 On this last Sunday, March 17, 2019, Célia Adriana Costa, 32, a resident of Paraisópolis, São Paulo, experienced a great miracle. When the Man of God, Apostle Valdemiro Santiago was initiating the Ministry of the Father's Word, she was crying desperately near the altar and he called her up.

Ester Costa, just two years old, dawned in vomiting, but that did not stop her mother, Celia, from going to Concentration along with her little daughter, but during the journey and until the moment of prayer, Ester did not stop vomiting.

"She would not stop vomiting, a strange liquid was coming out of her, yellow, and suddenly she started to get cold and wet, and in a few minutes she was already pale," she says. As he ascended the altar, the Man of God, Apostle Valdemiro Santiago embraced his mother and his daughter and declared the cure, and at that very moment little Esther stood and walked again. And from that moment of the ordinance of the Man of God, Esther was healed and free from any evil.

“Stand in awe, and sin not: commune with your own heart upon your bed, and be still. Selah.”
(Psalm 4.4)
© 2022 Worldwide Church of God's Power. All rights reserved.
Desenvolvido por Nativa Desenvolvimento
Política de privacidade