Huge Concentration of Faith and Miracles in Angola 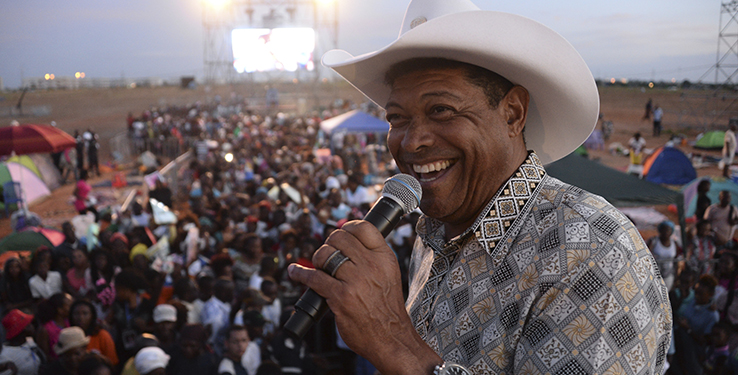 On Sunday the 25th of March 2018, Apostle Valdemiro Santiago, Bishop Francileia, Bishop Amaury and a great team gathered together with the crowd in the district of Camama, in Angola, for a huge concentration to celebrate the 20th anniversary of the Worldwide Church of God’s Power. Praises and worshipping performed by Juliana Santiago and her band touched people’s heart from all over Angola, while miracles and wonders made by the power of God were witnessed for the honor and glory of Jesus Christ’s name. “We would like to thank God and the Angolan authorities for making this possible’’, said Apostle Valdemiro Santiago, who has blessed the place since March 24th and performed a hand imposition, which many attended. An opening ceremony, led by Apostle Elias, consecrated by the Worldwide Church of God’s Power in Africa and local authorities. Apostle blessed the whole country, in the name of Jesus. Bishop Franciléia and the other pastors performed a payer in favor of all Angolan women, for God to hear their calls.

On the altar, Apostle Valdemiro Santiago opened his heart and talked about his presence in Angola, the 20th anniversary of the Church and about his 37 years of preaching the gospel. ‘’When I was 17 years old, I went through many probations, but I always did the work, with no place to sleep or eat and the church I belonged didn’t gave any support. I told the pastor that I wanted to preach the gospel all over the world; his wife heard me and told me to forget it, because it was out of my reach.

I had them as reference, I had no parents and when they told that I would never preach the word, I told myself that I would, and that it would be done in Africa. I told this to bishop Franciléia when she was fifteen and I was seven teen years old. My dreams seemed impossible, improbable, but then God called me. My grandmother used to tell me histories about Africa, from Angola, and I told myself from the bottom of my heart that I would preach in Africa. I testify here because my dreams seemed to be impossible then, as many of your dreams may seem too. Now, I have the authority to say that all of your dreams are going to come true as long as you don`t give up” Declared the man of God. Apostle preached the word of God, which can be fully checked through the following link: Meditate with Apostle’s message, the one God put in the heart of the prophet and receive your victory and don’t miss the works of the ministry, keep yourself up-to-date. The hand of God is here.

He that passeth by, and meddleth with strife belonging not to him, is like one that taketh a dog by the ears.
(Proverbs 26:17)
© 2021 Worldwide Church of God's Power. All rights reserved.
Desenvolvido por Nativa Desenvolvimento
Política de privacidade