God gives a solution to the impossible

Don`t be ashamed, just trust in God, believe in the signals He gives you. 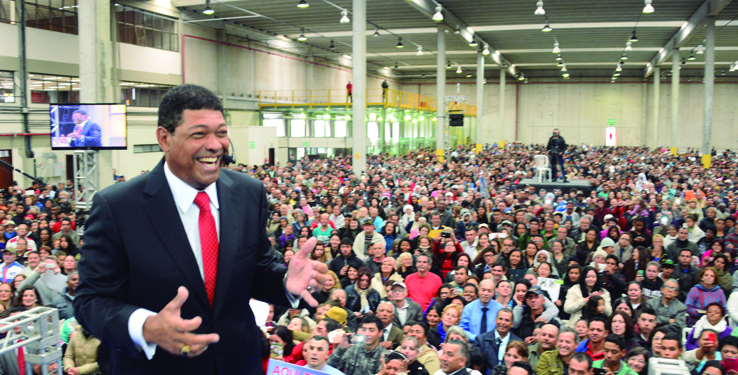 Moses lived his biggest problem. In the past, people told him he would never be able to win the pharaoh, but God gave him conditions, capacity, sent curses and gave in to Moses. God makes the highest authorities and the most powerful people to give in before us. God enables us. He humiliates the highest ones to make them confess His magnitude before everyone.

Moses was into a dead end, in the middle of the desert with a crowd, people knocking at his door asking him to come back to Egypt. They thought it would be better to be slaves than die with no meat, and dry in the desert. No one gets meat to a crowd in the desert. There are some desires that, when we don`t get to supply, our soul gets bitter. People poured that bitterness on Moses, who got to his edge.

In faith, Moses was much bigger than we, but even though he asked for his death. How many people are afraid of misery, the same Moses asked to die, but never to see? It`s not only the economical condition, but the complete misery, the end of the faith, hope, values and customs. That`s the situation in the world. Bitterness and shame are so intense that we`d rather ask for dying in order to disappear from the world. God sees everything. He sees your condition. There were six hundred thousand people when God promised meat to all of them for the whole month. What men considered craziness, it was God`s promise before men. He opened the windows of heaven and made the miracle take place. The sea doesn`t have quails, but He took them out of the sea. God did it because if He wants to perform any miracle, He is able to open the windows of heaven and to perform the impossible. If He doesn`t want, He uses what you have at home, but the miracle happens. God will not sentence you if you ask for dying sometime. Even Moses asked for that and didn`t believe that God could change his situation. He, much bigger than we, made this mistake and God forgave him. He will forgive you and I if one day we make this mistake. It`s not a shame. Perhaps, one situation no man is able to solve. God asks you, what`s the most impossible moment you didn`t pay attention? What other miracle is it necessary to make you see for you to believe He is able to perform? We have to live the faith, believe, confess, struggle, seek, and give in to Him. There are many exits, all of them from God. The secret is to live hope and faith, love God above anyone and everything and never give up. No one, besides God, is able to change your life. God doesn`t need help, just needs you to take an action and the rest He does. Keep walking and believe in Him.

“For the needy shall not always be forgotten: the expectation of the poor shall not perish for ever.”
(Psalm 9:18)
© 2022 Worldwide Church of God's Power. All rights reserved.
Desenvolvido por Nativa Desenvolvimento
Política de privacidade