God Anointed You to Win

Lord prepares your path and gives you wealth from impious as well as large unknown wealth. 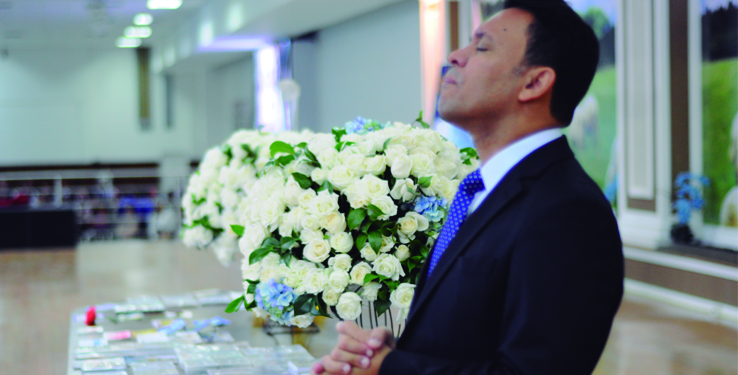 You are one of God`s anointed people. You were brought to His Kingdom of Grace, which is your salvation path. The Word of Isaiah 45:1 “Thus saith the Lord to his anointed, to Cyrus, whose right hand I have holden, to subdue nations before him”. Cyrus was a king who got several victories. He got them all because God was with him. Just like you, Cyrus was anointed to win. None of us was called to fail, stumble and be ashamed. It was just the opposite.

All of the kings used to wear royal mantles. God told Cyrus he would take over their nations and those kings wouldn`t be so otherwise. Many people in the world show off their wealth, companies, and richness. They are these people`s kingdom. God said that He would take it from them to you because those people are the ones who never fear God, never seek God, and never have God in their hearts. For not seeking God, they will lose everything they own and God will give it to the one He wants as long as everything belongs to God.

There are many people who snobbishly take over high position in the hierarchy of companies or organizations, but get lost because they don`t seek God. They are wayward so they harvest what they plant. The sinner`s wealth is given the righteous. It`s worth walking in God`s path. The achievements of human beings today are lost tomorrow; the wealth given by God today is everlasting. No one can take it away from you. The door that was opened by God is never shut. God goes forward unobstructing your path as a tractor. Those who don`t have God in their lives, stumble, fall, hurt, face stones, stuck by holes, overcome with difficulties or even never overcome. For us it`s easier because God goes in front of us cleaning the path, preparing the way. Jesus stated that in Mathews 11 “For my yoke is easy, and my burden is light” with those who follow Him. How many people go slowly because of their debts, diseases, impairments, and misery? By receiving a lightweight, a person can run easily. God makes our lives easy and gives us the victory. Who said that you can`t pass in blocked routes? God breaks all of blockages and you pass. With God you can do everything. God also delivers hidden or covered treasures. Those ones we would never know about. He gives us wealth that just very few rich people would be able to have. God said He would deliver this wealth to you. It`s God`s promise to deliver us things that we don`t even know that they exist in order to make us aware of His existence. I have already seen so many things in this ministry, but God told me I will still see may more. My life is my ministry. Wealth God delivers when He wants. Large things when I hear that from God, I see so many miracles through my faith and life. The magnificence of God is so big that He is aware of what will happen to us in the future and whom He will meet so He prepares the path for us. Today, your relative who doesn`t know God will be here tomorrow. Never give them up. Many of them will be converted. God will look after each one of them. Church, there aren`t goddess, there is God. He is the only one and there is no other. Do not lose the opportunity that you have in your hands. There are people around the world searching for God where He isn`t. Keep yourself in the path that you are because it will take you to the victory, everlasting life, salvation of your soul. Everything has an end, but God`s Word is never gone. If you keep yourself firmly, you will live with God`s Glory in the New Jerusalem. There we will live a perfect life. But there`s a price to pay which is loyalty. Serve God. Follow His Word. Help less advantaged people. Love God above all else. Do to others what you wish in your life.

"All scripture is given by inspiration of God, and is profitable for doctrine, for reproof, for correction, for instruction in righteousness."
(2 Timothy 3.16)
© 2022 Worldwide Church of God's Power. All rights reserved.
Desenvolvido por Nativa Desenvolvimento
Política de privacidade