Believe in God first of all

Elijah is an example of confidence and attitude before the Lord 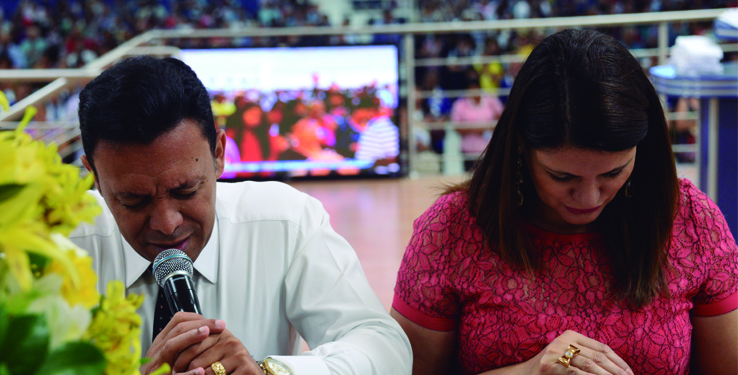 In 2 Kings 1.1, we are aware of the consequences to Ahaziah, the son of Ahab and Jezebel, who made the same mistakes as his father. He fell from the fence and hurt himself, so Moab got revolted against him.

In his ignorance, as a king, instead of enquiring God, he decides to enquire Baalzebub, the god of Ekron. God didn`t like the king`s attitude of not enquiring Him about being healed. God sent Elijah to reprimand him.

Church, God performs great miracles and huge wonders among us, so we don`t have any reason to doubt about God, not even to portalt about Him in our hard times. The king, even being punished, refused seeking God, like many people. God sent him messengers to tell him he would die for not relying on Him, and for seeking others. If you were the king of Israel and received such a message, what would you do? If I were Ahaziah, I would have regretted. God told him he would die, but there`s just one who may heal, it`s God Himself. The Lord may rescue us from men`s hands, from devil, but from His hands, only if He wanted to. When God knew it was Elijah, sent His captain and fifty men to arrest him. The captain’s mission was to arrest Elijah, but he recognized the prophet as God`s man. That happens because even our enemies know when we belong to the Lord. What makes a man or a woman be God`s person is a set of attitudes of how a person walks, does, proceeds, which make others realize the presence of God. Through that set, people see God in your life. People have to have the character of God, the thought of Gold, be different, without being involved in scandals, alcoholic drinks but being an ordinary man. Today, you may be Elijah and people will realize that you are a different person. This victory is not linked to receiving miracles or wonders. What makes people see you are a God`s man is not the blessings and miracles but virtuous words from your mouth. Being a man of God is acting like God, like Jesus did. The captain could recognize that Elijah was a man of God, but acted arrogantly. Elijah determined that, if he were God`s man, fire come down from the sky and hit them. The captain and fifty men died. Even so, the king sent another captain with fifty other soldiers. The second captain required hurry. Elijah repeated the determination and again fire came down sky and hit fifty men more. A third captain was sent, but he was intelligent and humble. He got down on his knees to call Elijah. He put himself before the man of God as a servant, asked for his own life and for the lives of his fifty men. It was just then the Angel of the Lord came to Elijah and told him to follow this captain and his soldiers. This Angel written in capitals was Jesus Himself. The humility opens doors in your life. That captain was intelligent and gained twice, he took to the prophet and had his life as well as his soldiers’ lives saved. Arriving before the king, the prophet confirmed Ahaziah he would die in short time. There are some things that take the human being to death. This king had the most important position in Israel. A person`s position doesn`t mean he is with God. This king was evil, lasted short time, got sick, and God took him away very fast. Ahaziah didn`t leave any heirs. His history was registered in Israel and today, many years later, we talk about this man again as not being a good example. Church, we see many miracles in this ministry, we don`t have any reason to turn our back to God and portalt about Him. In those difficult moments, we have to seek the Lord. God hopes you seek Him to solve your problems, He is our Father, but even so, many people seek men. If God wants, He will use men, but first we have to seek Him, pray, ask for His mercy. Many people wait for enquiring God at the last moment. It`s necessary to remember of God before. God doesn`t want to be regarded as your last alternative. We have to put God at the first place. It`s also true when we seek Him. How many of us try to get someone to help us, such as family, acquaintances, men. God may deliver you from any condition. Elijah trusted in God so much that, he used to say and set fire from the sky and was ready to set fire on soldiers one more time, such confidence. He is an example to us. Of course, never ask God to set fire on anyone because Jesus died on behalf of us, even those you want to set fire on. Whoever it is, if he doesn`t recognize God, he will lose all assets. On the other hand, who follows God and relies on Him will thrive and will be blessed more and more.

“The wisdom of the prudent is to understand his way: but the folly of fools is deceit.”
(Proverbs 14:8)
© 2023 Worldwide Church of God's Power. All rights reserved.
Desenvolvido por Nativa Desenvolvimento
Política de privacidade