Always be ready to answer about God`s love 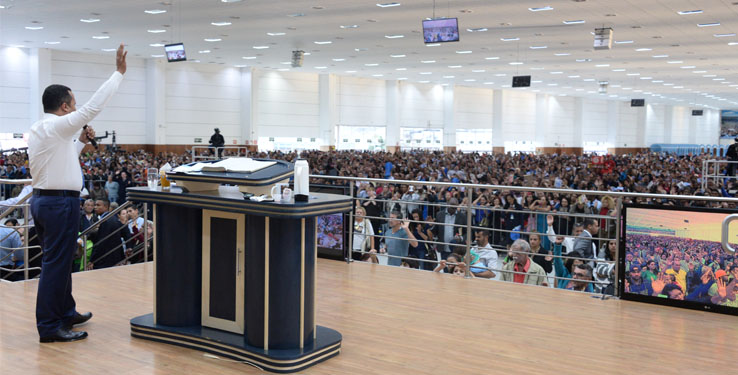 It`s possible for those who practice the righteousness to be mistreated, humiliated and pursued, but in 1 Peter 3: 13, God says we are well blessed for that. God tells us not to be afraid, not to be a coward, never stop or give up the sense of fairness.

Many were lifted to judge our lives, to question, to ask where our God was. The Word tells us to be always prepared, never get intimidated at those who want answers and investigate your life. You have to be ready to respond those who ask the reason why we are so hopeful

The hope that you and I have inside us is Christ. The greatest part wants to quit faith, leave the way because of the difficulties they undergo, but they can`t because if Christ is your hope, far from Him, we will be lost. You have to be aware that your God exists and He is with you. You don`t have to be concerned about what people think about you, but what God thinks about you. It doesn`t matter what other people think. That`s why He asks us to be prepared because the devil doesn`t want you to worship and love God. The only one who wants to badmouth about you is the devil. He wants you ashamed, feeling guilty when he accuses you. God never left you alone; He loves you, never sin against God. If God wants you to suffer, the Bible says it`s better to suffer doing good than evil. Suffering for loving Christ will come to an end some day, and you will have the salvation while those who suffer for being evil will undergo this suffering twice here and in the other world. At Noah`s time, like today, everyone was warned it was necessary to be towards God, but they mocked Noah. I figure out how many of them knocked at the ark later, like many claim Jesus to open doors and He will say He had never met them before and will get rid of them. At that time, just eight people survived. In Philippians, it is said that every knee bend and every tongue confesses that Jesus Christ is the Lord. The same is confirmed here saying that in Heaven and all things below it bend for Jesus Jesus was humiliated; severe treated pursued and suffered horrors because of us. He was pursued and put under tests, questioning Him reasons and why He performed what He did, accused and set against the wall. He was always ready to testify about God You have to be prepared to answer about God as well, but calmly, without fights. We have to follow the examples of Jesus. We have to hear what God teaches us as His children and those who tease the Word will be ashamed.

"Wherefore the LORD God of Israel saith, I said indeed that thy house, and the house of thy father, should walk before me for ever: but now the LORD saith, Be it far from me; for them that honour me I will honour, and they that despise me shall be lightly esteemed."
(1 Samuel 2.30)
© 2023 Worldwide Church of God's Power. All rights reserved.
Desenvolvido por Nativa Desenvolvimento
Política de privacidade