Covenant with God is strong and does not break

When you make a covenant with God, it lasts forever and is unbreakable, for He is faithful in his words and in everything He says 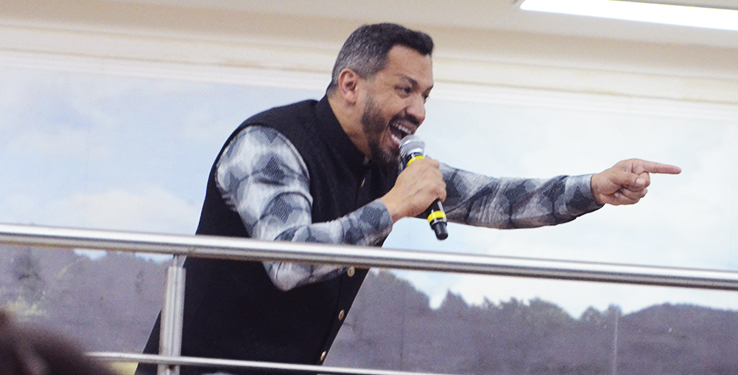 “This woman's son died in the night, because she lay on him. He got up at midnight, and while your handmaid slept, he took my son from my side and laid him in his arms; and his dead son laid him on mine. Getting up at dawn to feed my son, behold, he was dead; but when I noticed him in the morning, behold, it was not the son I had given birth to. Then the other woman said, No, but the living is my son; yours is the dead. But she said, No, the dead is your son; mine is the living. So they spoke before the king. Then the king said, This one says, This one who lives is my son, and your son is the dead; and this other one says: No, the dead is your son, and my son is the living. And the king said, Bring me a sword. They brought a sword before the king. The king said, Divide the living boy into two parts and give half to one and half to the other. Then, the woman whose son was the living one spoke to the king (because maternal love was keen for her son) and said: Ah! My Lord, give him the boy alive and by no means kill him. But the other said, Neither mine nor yours; be divided. Then the king replied, Give the boy alive at first; don't kill him, because this is your mother. I Kings 19-27.

The covenant of love is much greater than that of law. The child's mother chose to give her own child so she wouldn't kill him, for love.

When you make a covenant with God, it lasts forever and is unbreakable, for He is faithful in his words and in everything He says. This covenant has no pain, has no bribe, has no difficulty, there is nothing to break its covenant with Jesus Christ. Make a covenant with God and have faith in what you are making with Him, for God does not fail. The new and eternal Covenant is your salvation and your faith in Jesus Christ. God is so wonderful that when He offers us a covenant, we are the biggest beneficiaries. When we are allied with God, our enemies are defeated, difficult circumstances are transformed into blessings, shame is turned into honor. The struggle continues, but we will always have the help of the Lord Jesus to help us in our difficulties. Have the covenant with God. May your day be blessed!

“The LORD also will be a refuge for the oppressed, a refuge in times of trouble.”
(Psalm 9:9)
© 2022 Worldwide Church of God's Power. All rights reserved.
Desenvolvido por Nativa Desenvolvimento
Política de privacidade