God took him out of drugs. 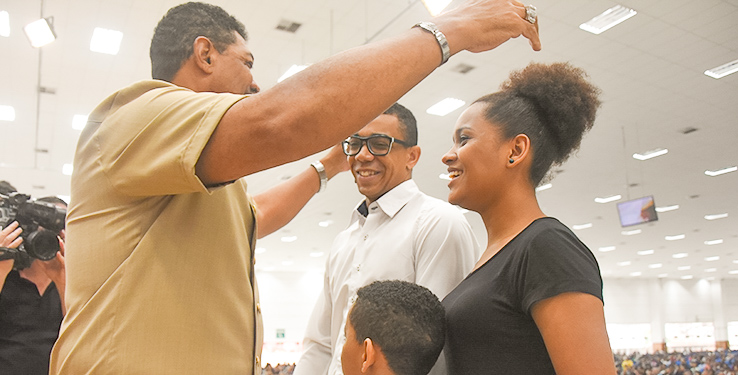 April 7, Eduardo Batista Paim, 28, a resident of the city of Ipava. He thanked God for the great miracle he did in his life.

"I spent about 10 years in drug addiction and I did not see a way out," says Eduardo.

On a Friday, Eduardo went straight from work and went to use drugs. The amount of drugs, were absurd and ended up having an overdose. "The doctors already thought I was about to die, they put me on a stretcher and they were on their way to a room. I remember being very shaky, I had cardiac arrest. But in my thinking I started to cry out for God to get me out of this situation, "says Eduardo. As soon as Eduardo recovered, he was looking for a Church, so he could thank God for the miracle that happened. "Near my home, I went to the World Church of God's Power. After I started going to church, I never went back to using drugs, "Eduardo says happily. Today, Eduardo thanks God for the deliverance of death and for the liberation of drugs. Do as Eduardo, seek Jesus Christ, that your life may be transformed.

"There is a river, the streams whereof shall make glad the city of God, the holy place of the tabernacles of the most High."
(Psalm 46.4)
© 2022 Worldwide Church of God's Power. All rights reserved.
Desenvolvido por Nativa Desenvolvimento
Política de privacidade