The History Of The Church

The ministerial call of the Worldwide Church of God`s Power starts with its founder`s life, the Apostle Valdemiro Santiago. He was born in Cisneiro, the district of Palma, the countryside of Minas Gerais, in a poor family with many brothers. Valdemiro Santiago lost his mother when he was twelve years old and had minimum education and resources. During his troubled teenage, he found his salvation in the announced message of Jesus Christ`s gospel when he was seventeen. A desire of becoming a great preacher of the gospel heated his heart, and drove him to the ministerial call, which started even before his eighteen. It has drawn all of his life decision. His commitment with God`s work as well as his faith in Jesus Christ resulted in signs, which follow his ministry up to the present moment. Thus, those signs made him outstand among all of representatives, and sent him on duty inside and out of Brazil.

We express our faith and belief in the living God.

Founded on March 8th, 1998 by Apostle Valdemiro Santiago, the Worldwide Church of God`s Power owns around 6000 temples spread between Brazil and other countries of the world. Millions of lives are reached for God by the work performed by this ministry every day, which preaches the Salvation through faith in Jesus Christ. So, it fulfills Apostle Valdemiro Santiago`s promise of talking about God`s love to crowds. What do we believe in? “For the whole Scripture is given by inspiration of God, and is profitable to teach, to convince, to correct, and to instruct in righteousness”, in order to make God`s man perfect and well skillful for the whole good work. (2 Timothy 3. 16 - 17). The Worldwide Church believes in the God Father, in the Son Jesus Christ, and in the Holy Spirit spreading them through Christ`s commandment: “And he said unto them, Go ye into all the world, and preach the Gospel to every creature. He that shall believe and be baptized shall be saved: but he that will not believe shall be damned. And these tokens shall follow them that believe, in my Name they shall cast out devils, and shall speak with new tongues, and shall take away serpents, and if they shall drink any deadly thing, it shall not hurt them: they shall lay their hands on the sick, and they shall recover” (Mark 16. 15 - 18). With this purpose, the Worldwide Church of God`s Power has worked towards reaching lives, no matter borders or states to preach the gospel that means good news. According to God`s word, the Bible, human being was made to worship and serve God since Eden Garden when the connection was lost due to the sin. However, God, in His endless merci, and in the biggest evidence of love ever, sent His own Son in sacrifice to redeem the humanity and reconnect us to Him one more time. Jesus suffered on behalf of us, for our sins, He was killed and buried. On the third day, He resurrected and provided us as well as those who wanted in Him with the Salvation through His martyrdom. He is the only mediator between God and we. Ascending to heaven, He promised us the Comforter who dwells in our hearts. Through the Holy Spirit of God, we are convinced of our sins, and through regrets and recognition of Jesus Christ as the only and sufficient Savior, we are forgiven. Confessing to Jesus Christ as God`s Son and accepting Him as our Savior, is the first step. As ordered, the Worldwide Church of God`s Power performs the baptism in the waters, to fulfill the Word. Likewise, the Worldwide Church of God`s Power preserves the signs will follow those who believe. One of the main concerns of the ministry is showing the presence of Jesus Christ as present and alive through the manifestation of miracles as mentioned in Mark 16. There`s a motivation in order to make all miracles testified to enrich God`s name and show everyone what God does in favor of our lives through faith, it doesn`t matter what religion you follow. That`s the right answer where our faith is based on and it`s also anchored by the Bible and its factors, the justification. “Knowing that a man is not justified by the works of the law, but by the faith of Jesus Christ, even we have believed in Jesus Christ, that we might be justified by the faith of Christ, and not by the works of the law: for by the works of the law shall no flesh be justified”. (Galatians 2.16) The most important ceremony of the Worldwide Church of God`s Power is the Holy Supper of the Lord, which symbolizes the sacrifice of Jesus Christ for the participation of the Body and Blood of the Lord, as it was taught to us. And when the hour was come, he sat down, and the twelve apostles with him. And he said unto them, With desire I have desired to eat this passover with you before I suffer: For I say unto you, I will not any more eat thereof, until it be fulfilled in the kingdom of God. And he took the cup, and gave thanks, and said, Take this, and divide it among yourselves: For I say unto you, I will not drink of the fruit of the vine, until the kingdom of God shall come. And he took bread, and gave thanks, and broke it, and gave unto them, saying, this is my body, which is given for you: this do in remembrance of me. Likewise also the cup after supper, saying, this cup is the New Testament in my blood, which is shed for you. (Lucas 22.14 - 20)

Social Media Participation: Participation in Media On Internet: In social network you may find several works of evangelization, where the work performed in physical churches can be followed, helping the guidance. Through this work, we use Youtube, Facebook, Instagram and Twitter as blessing and salvation channels. Visit, like, and share. - Youtube: https://www.youtube.com/IMPDoficial - Facebook: https://www.facebook.com/impdoficial - Instagram: https://www.instagram.com/impd_oficial - Twitter: https://twitter.com/impd_oficial Site IMPD On air 24 hours a day on internet, with broadcasts and registered messages, testimonials, events, and other pieces of information on performed work. Follow and get know further about the work we perform. On the radio: Rádio Nova Mundial listen on-line! The radio Nova Mundial broadcasts a diversified program 24 hours, containing messages of peace, love, harmony, and faith, prayers, national famous songs,and international famous songs, interviews, news, besides the follow-up of all of the events of the institution. Visit the site of the Radio and be aware of the high quality work performed deep from the heart, with different and planned context according to God`s Heart. On TV : A 24-hour broadcast program of each of the most important services besides programs , news, and different entertainment, spread the message of the Gospel not only into the national border, but also abroad where the ministerial work is present. Get to know about, follow it, and become jolty by the Power of God through this program on channels 25 (cable TV) and 32 (open TV). The program Generating Salvation Hosted by Pastor Rachel Santiago, which is a good entertainment for weekends, shows entertainment, interviews, songs, and all unique material with high quality that you can get to know further through the site here. Cellular Phones: Also present in mobile media. The app of the Worldwide Church of God`s Power is updated constantly. It shares contexts, which are present in several and diversified means of media mentioned above.

“He that gathereth in summer is a wise son: but he that sleepeth in harvest is a son that causeth shame.”
(Proverbs 10:5)
© 2023 Worldwide Church of God's Power. All rights reserved.
Desenvolvido por Nativa Desenvolvimento
Política de privacidade 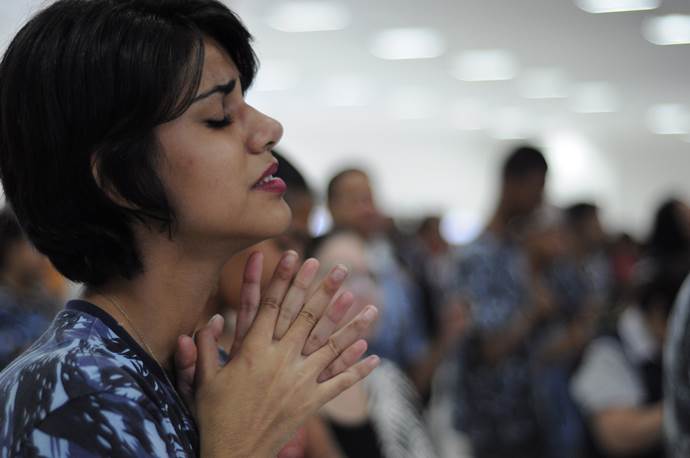 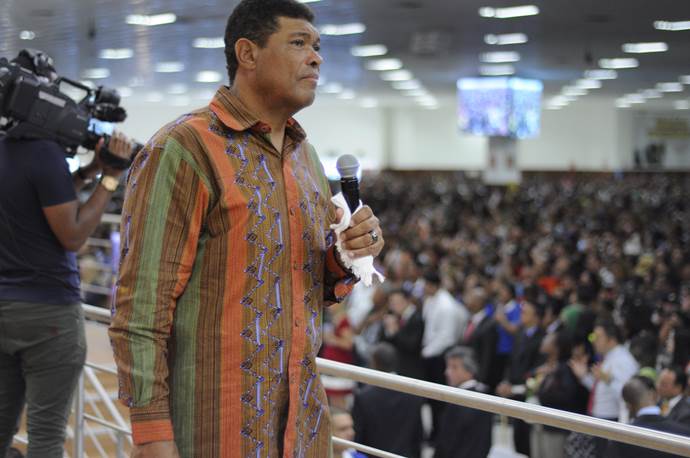 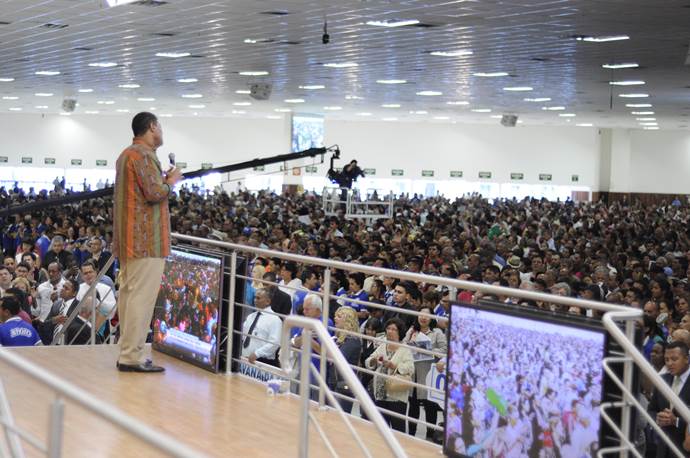 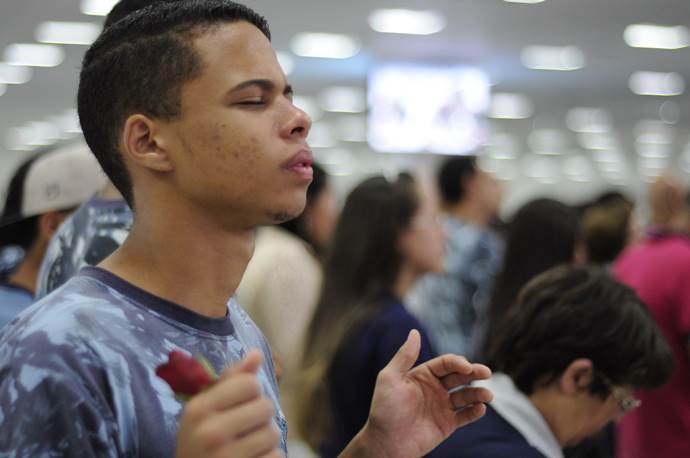 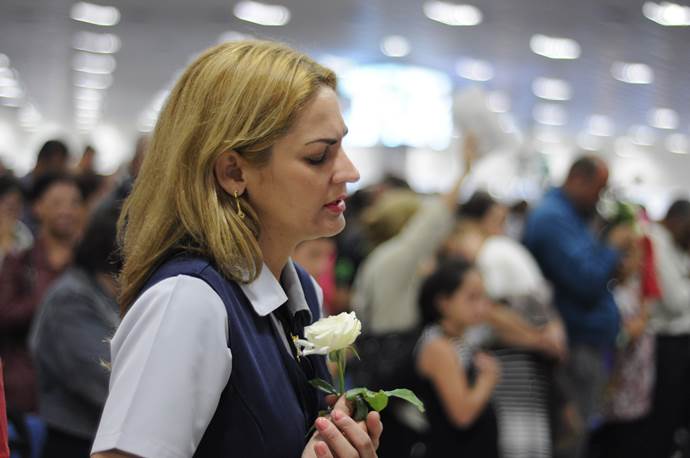 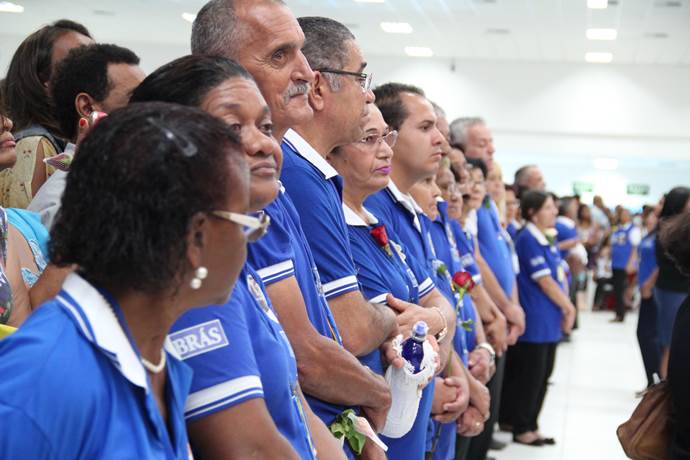 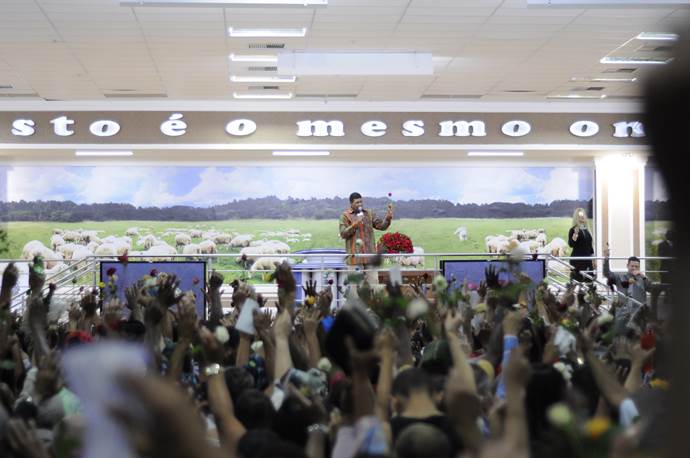 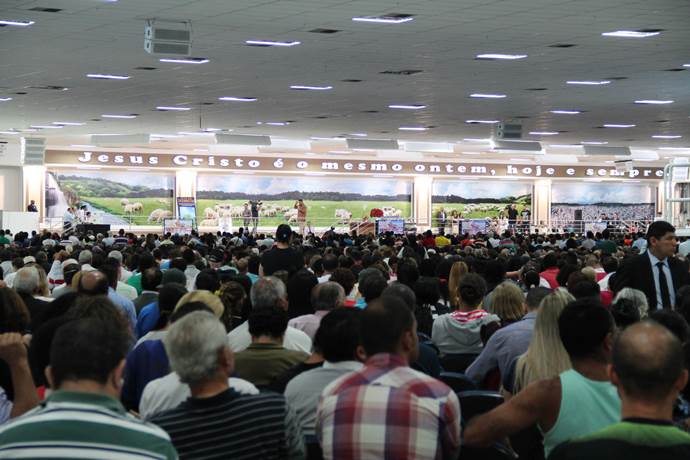 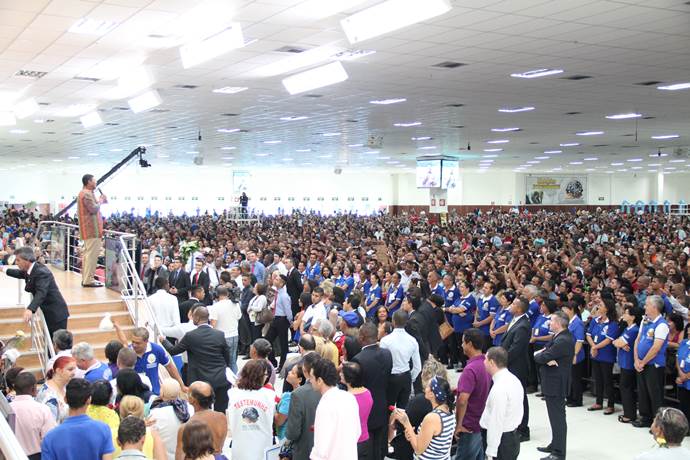 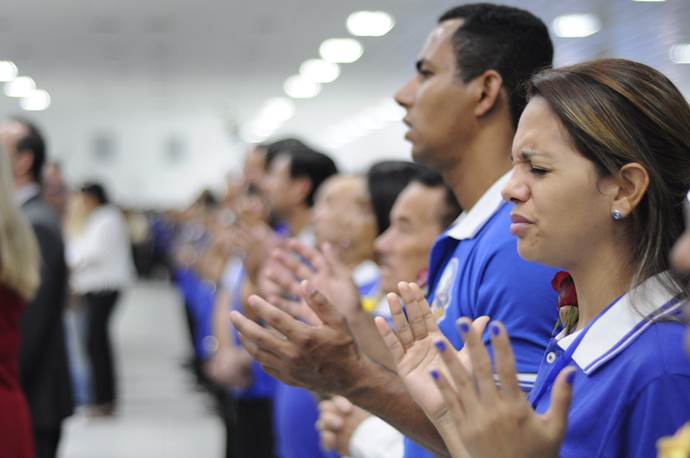 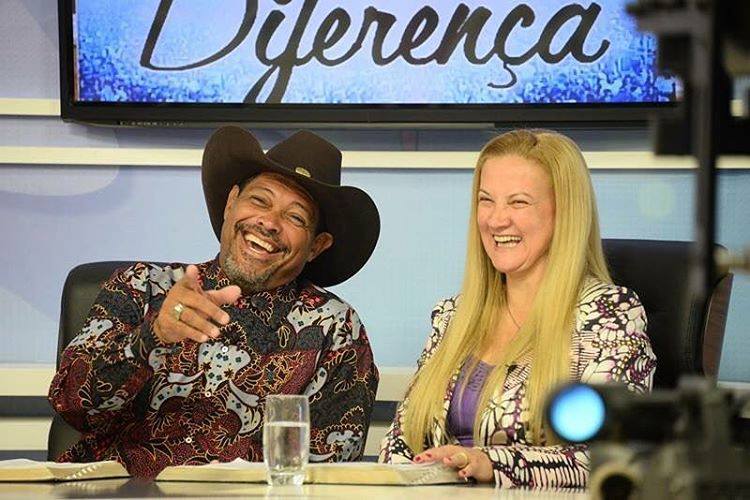 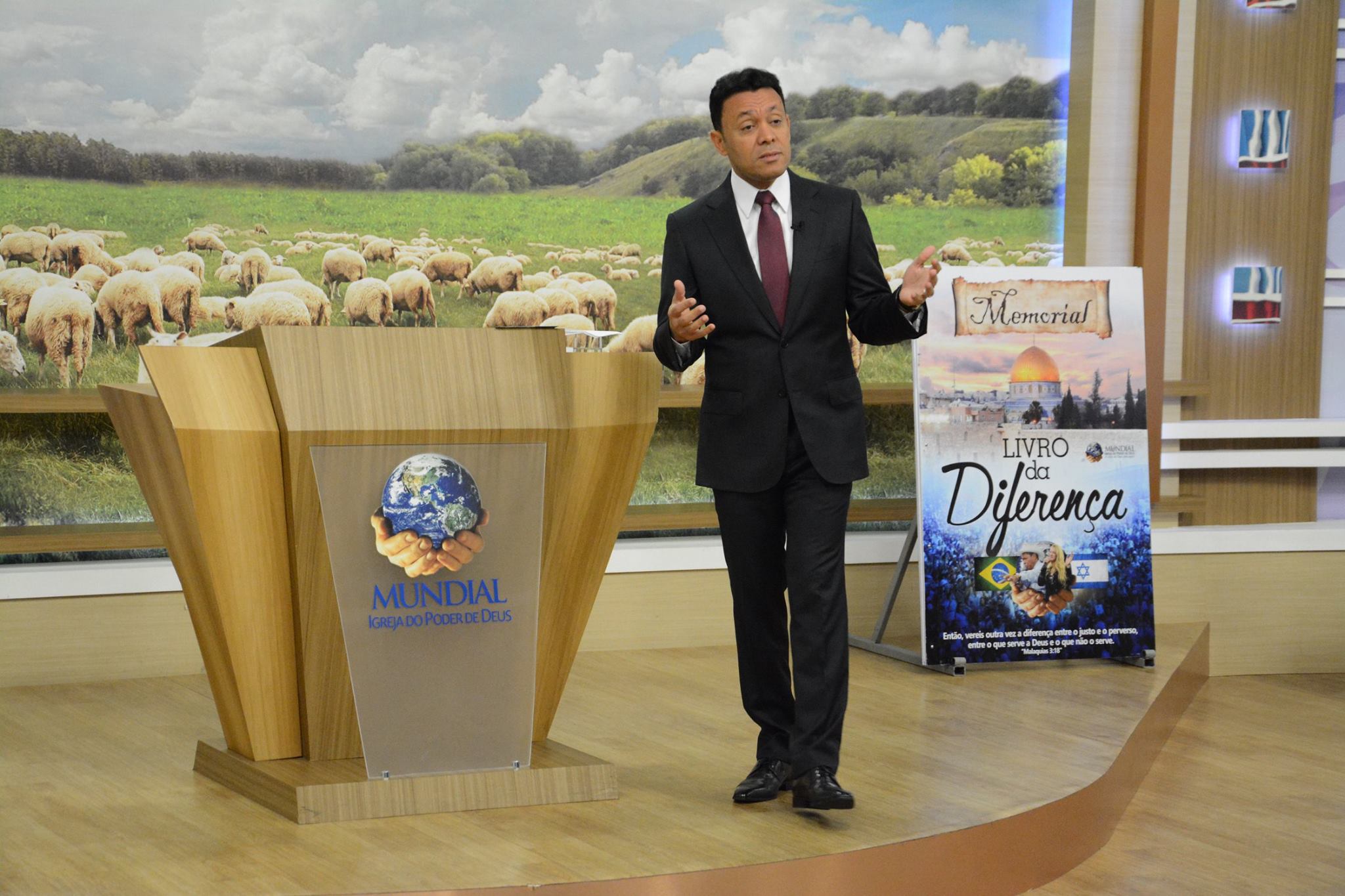 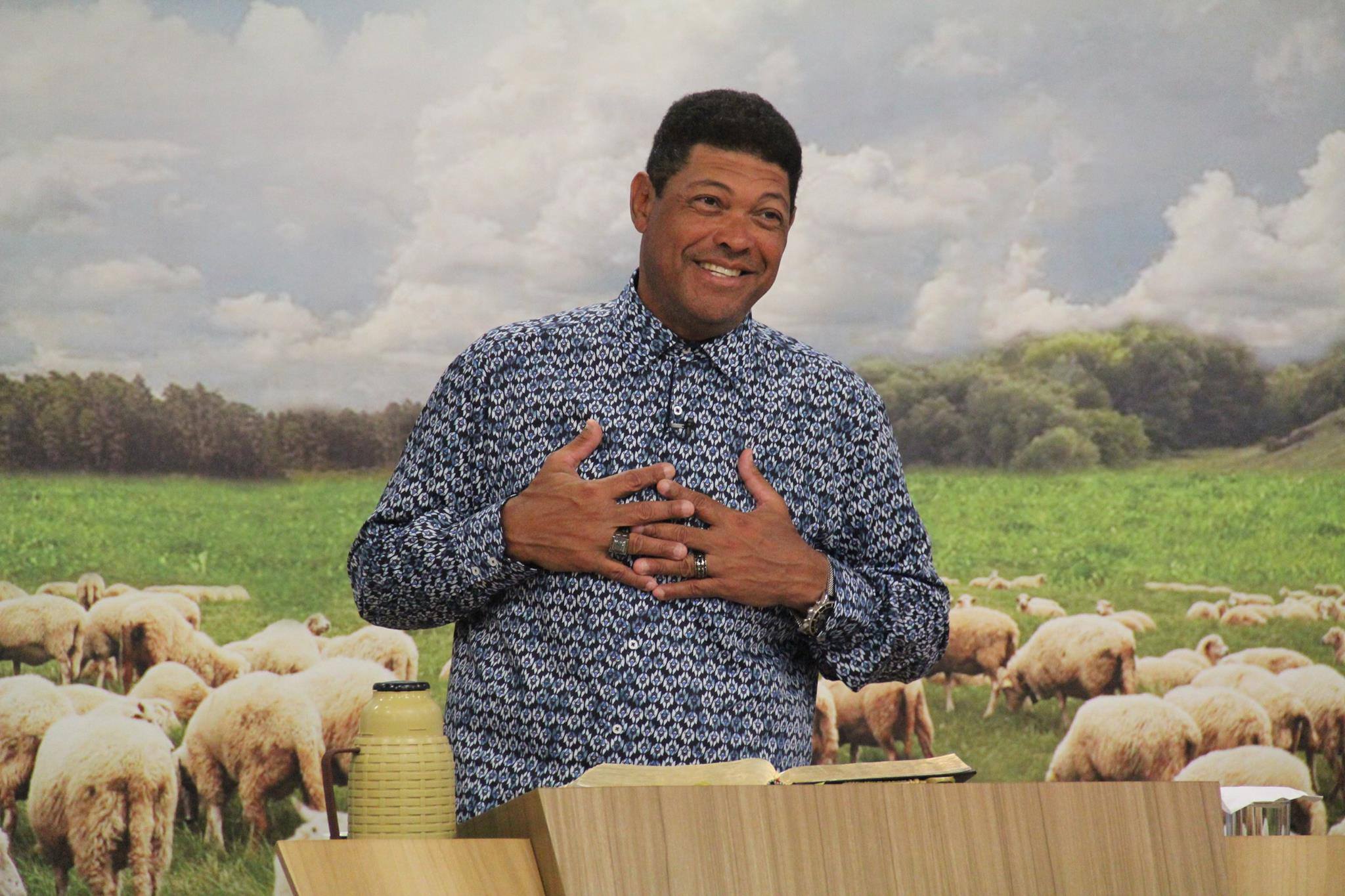 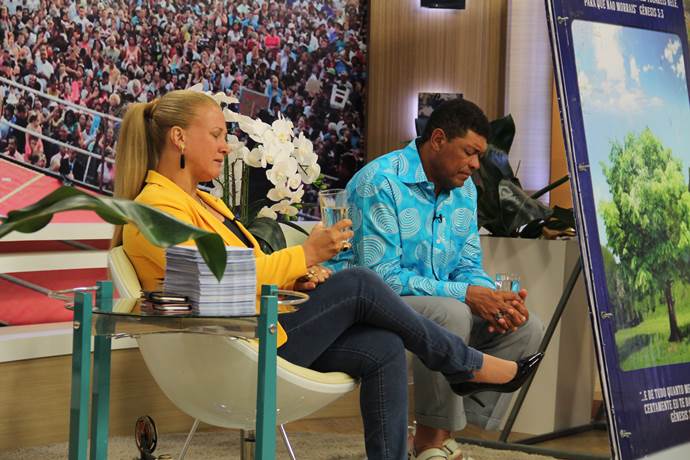 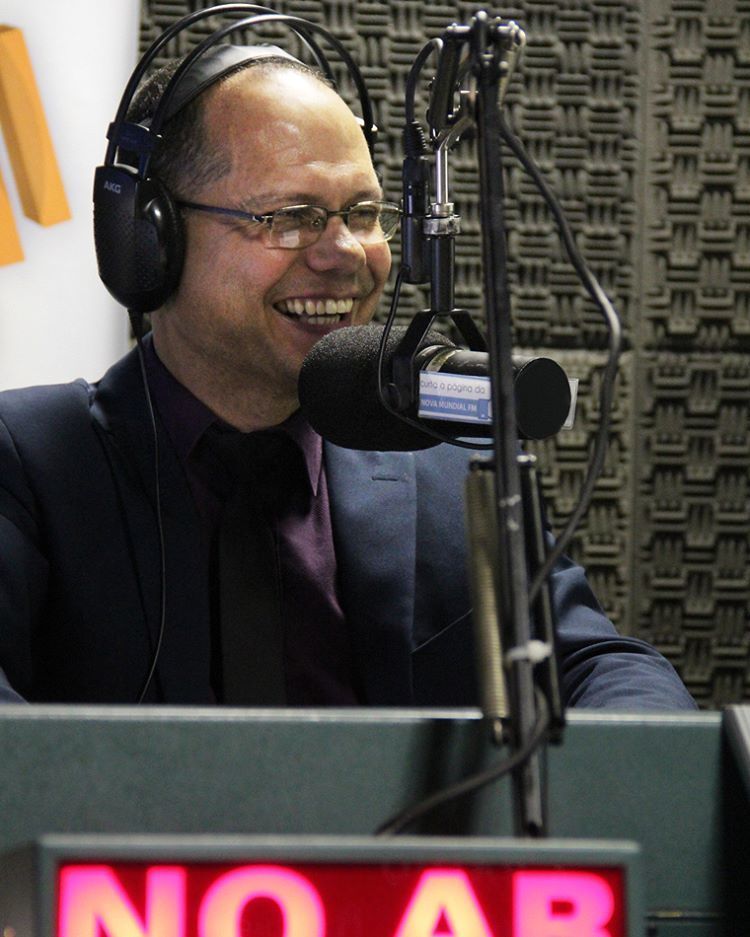 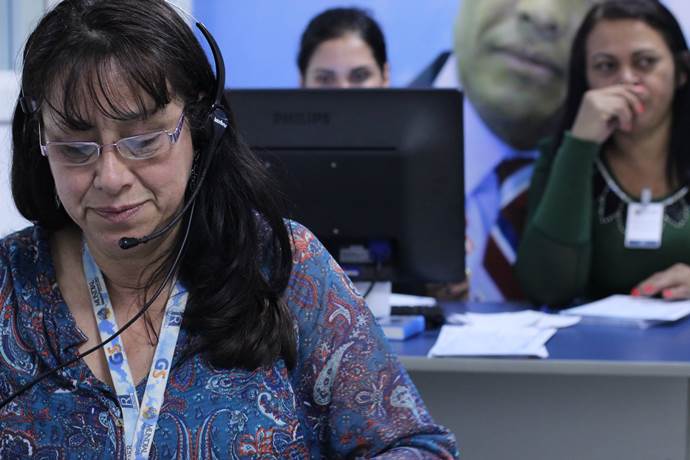