They received the news that he had been healed. Solange thanks the life of Apostle Valdemiro for prayer 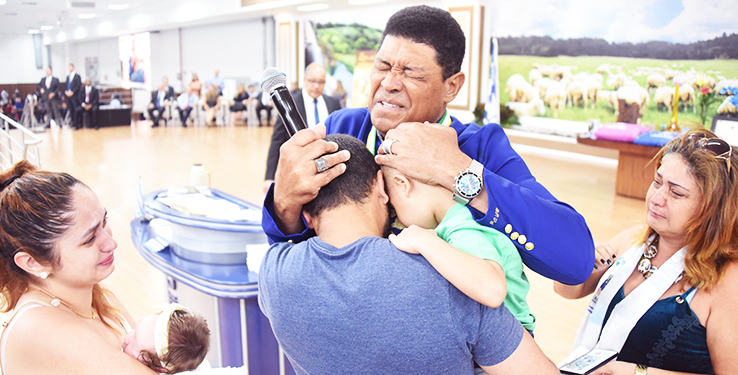 Solange Aparecida Onorato da Rocha, 50, resident of the city of Pardinho. He came to the World Church of God's Power to tell the miracle the Lord Jesus wrought in the life of his grandson.

“My grandson went to do some routine tests and suddenly there were changes and when we got the result had given leukemia”, says Solange Aparecida.

Solange's grandson was immediately admitted to the cancer hospital. He was in hospital for 50 days and did not improve until one day he had to go to the intensive care unit (ICU) and was intubated. “He was completely weakened, we were already desperate, because he didn't get better. She lost all her hair, besides losing a lot of weight and still continued the treatment process, ”says Solange. When Solange learned that his grandson was hospitalized, he was in the hospital for 25 days. Until she was touched by the Lord Jesus, she went to Tuesday's service at the Urgent Miracle and took his picture to pray. When she completed 55 days in the hospital, her grandson improved in a way that Solange could only thank God. They received the news that he had been healed. Solange thanks the life of the Apostle Valdemiro for the prayer, because for the honor and glory of the Lord Jesus he is healed.

“Many are the afflictions of the righteous: but the LORD delivereth him out of them all.”
(Psalms 34:19)
© 2021 Worldwide Church of God's Power. All rights reserved.
Desenvolvido por Nativa Desenvolvimento