The power of the prayer

The bigger your love for God, more powerful your prayer will be 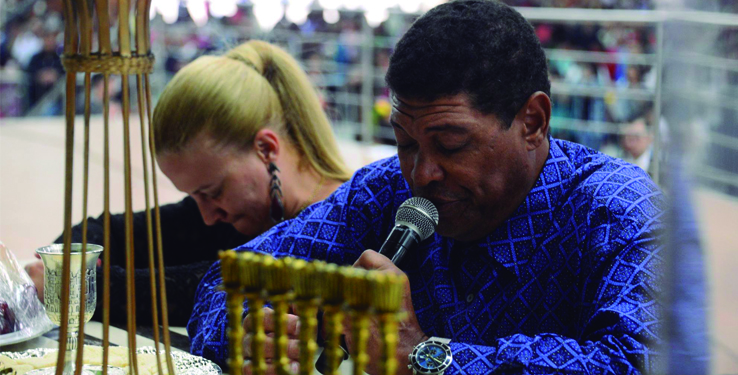 Who doesn`t want a powerful prayer? A powerful prayer doesn`t consist of capacity or the words used. The oratory provides us with beautiful prayers, but it is not that what makes a prayer be powerful. Jonah prayed in thought and God took him out of the belly of a whale. While David said, before the words came out of his mouth, God had already heard them. Biblically speaking, the power of the prayer depends on the relationship you have with God. In Psalm 34, David said he would just say good things about the Lord all the time.

Your prayer may be powerful, because the powerful prayer brings answers, touches God`s heart, and brings results. In one of his worst moments in life, David wrote Psalm 34 and said: “ Try and see the Lord is good” He was humiliated and pretended to be crazy for not to die. He was so close to God that God already heard him. Our concern must be to touch God`s heart. Touch God`s heart for you to carry with you what you are seeking. God talks to us to show the power of the prayer.

The message is in Matthew 16. Jesus asked the disciples who people said He was. If everyone liked God, they would accept Jesus as the Savor. But not everyone likes us as we are. Being Jesus perfect, saint, powerful, strong, even though they didn`t like Him. He was the only perfect Living Being on earth ever. When God gave the sight to the prophet Isaiah, almost six hundred years before, showed him His Son on the Calvary`s cross. Isaiah saw Jesus completely distorted, more than anyone else in history. No one got so misshaped as Jesus for our sins. Isaiah in chapter 53 said there was no beauty that pleased; he used to see the perfect Being as the ugliest and the most humiliated. Those evils, damages and wounds were yours and mine. It was a way for Jesus to say He had pain, He was ugly and misshaped, humiliated and ignored because of the love He has for you.. He gave up perfection, beauty, while we are so vain. He gave up richness because we are so avaricious and ambitious. He gave up glory, comfort, never had felt pain, but He accepted that because of us. The perfect being became someone who no one wanted to look at. The Father didn`t want that condition to His Son. The cross was an open door for us to have access to the Saint of the Saint. Jesus gave in for the veil to be torn apart and for us not to have a mediator or a priest. He wanted the prayer to become powerful, able, and to echo in the Throne of the Grace. Today it`s possible to talk to God and to make our words echo in heaven. None of us, as parents, want to see our son being lashed, hurt, humiliated, and suffering to death. Everywhere Jesus said the Father was with Him and the miracles were performed, but when He was misshaped on the cross, He prayed in a different way. He felt Himself abandoned because, I believe, the Father turned to the other side for not to see His Son that way. Jesus, on the cross, prayed the same way as we do. Figure out, we already feel ourselves abandoned, but put yourself in Jesus position. He lived with the Father, He knows what the Father thinks, the Father knows what He thinks, but at that moment, He was a stranger, unaware according to the Father. It was very high price that the Father and the Son paid for us to have the power of the prayer. It was very high price for us to argue about religion, rebellion, love association, friendship, and obedience to Him for our necessities. That`s the moment we return to Matthew 16 and Jesus asked: What did they think about me? What do they talk about me? Many names Jesus was given, but He wasn`t given the right value. There are so many kinds of believers; some of them value Jesus according to what they receive in exchange; some of them, in some moment, glorify Him, love Him, fast, and life is in peace, but in moments of scarcity, complain and give up. It is not possible to say that it`s done by love. Even among bishops, their look changes according to position. That`s the way it is in every classes. Jesus wanted to know what His importance was in people`s lives. Even aware of what people thought about Him, soon asked the disciples what they said He was. The illiterate one among them, who loved Him above all, said He was Christ, the Son of the living God. Peter`s confession by the Holy Spirit. The following statement of Jesus causes misunderstandings to many. Peter means stone, according to some dictionaries, while Jesus talked about Himself, the Stone with the Angled Corner. Jesus was the stone, which the church was built. The fundamental Stone, rejected by men, but it supports the building. Any church built on Peter, comes to the end, but if it is built on Jesus Christ, it will never come to the end and the hell`s doors never predominate on it. For his confession, Jesus gave Peter the keys of heaven. It made people think, erroneously, that Saint Peter makes the rain or he is a doorman somewhere in heaven. Peter never opens doors to anyone anywhere. The key was for him to use while he was alive on earth, not in heaven. In heaven, we will walk on the bright shadow of our Lord`s face. In heave, there is no need of keys because there`s no shut doors. Afterwards, Jesus said that what is open on earth, is open in heaven. This key turns on and off between heaven and earth. The power of the prayer is in the importance God has in your life. The power of the prayer is in how much you love God. The more meaningful God is in your life, more powerful your prayer becomes. The more you love God, the more powerful your prayer becomes. If you are aware of how much you love God, and that you really love God, you may pray whenever you want, any circumstances and you will be heard. Beautiful words never touch the Father of Wisdom. What touches God is what we have inside of us, what He means in our lives. Those prayers with requirements are abominations; the powerful prayer is the following: Praised be the Lord all the time. Choose who loves God to p

"Whatsoever thy hand findeth to do, do it with thy might; for there is no work, nor device, nor knowledge, nor wisdom, in the grave, whither thou goest."
(Ecclesiastes 9.10)
© 2022 Worldwide Church of God's Power. All rights reserved.
Desenvolvido por Nativa Desenvolvimento
Política de privacidade