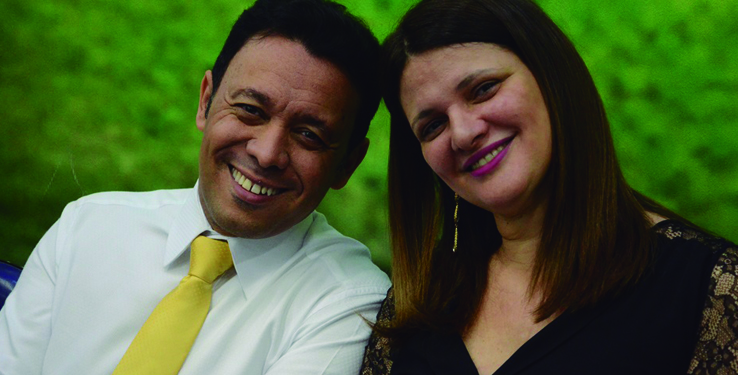 Job used to be together with Abraham and both became very rich. They saw disputes, fights, and they had to be separated. The pastors from one started fighting against the pastors of the other one. In order not to have fights anymore, as they were relatives, they decided to go forward in different directions, but keep their friendship. There were two options and Job chose first: on one hand, the desert, on the other hand, the green field. In the desert, there was nothing but robbers, sun and drought. On the other side, there was the Jordan River with meadow, hayfield, pastures, and trees. Abraham let Job choose first because he was sure God would go together with him wherever he went to. His nephew Job chose the green field of the Jordan.

Job got to the path to Sodom and Gomorrah, places of utter destruction. There was a war among four kings and the kings of Sodom and Gomorrah lost the war. The winners got there and took everything away, cattle, wealth, people as slaves. Job and his family were taken together with them, as Genesis 14.12 tells us. One of them ran away and sought Abraham. When we are desperate, we always seek help with those who are blessed.

Abraham called those who were born in his home – people who lived with him and knew his faith – it`s natural when we get along with faithful people, we become faithful too. The environment was full of faith and everyone feared God. Those who lived and worked with him were faithful people. He chose three hundred eighteen people from those who believed the same way as he did. Those men, gathered at night, went there and broke into everywhere. God gave them the victory. Abraham could have regretted or feared because they were kings, but he was brave, faithful, and had experience with God. That`s why it`s good for us to go through fights, battles in order to conquer hope and confidence as we win through faith. We conquered a history with God, as Abraham had one. God is always with us and as we win, God feeds our faith, our confidence, and starts to perform bigger things in our lives. Everything was recovered as well as those who were arrested together with Job. God used that man to free his family members and the others who were benefitted from his faith too. Your faith benefits you, your family, and all of the others who are around you. The world we live in needs more blessed people like us. It struggles in the darkness because there`s little light in it, that`s us. As we are the light in this world, and blessed by God, people start to see the truth through your life and quit the condition of being slaves and cheated. God counts on us to rescue those many people who are suffering. Sodom was the city where Job lived. When the king saw that Abraham freed his people, he came to talk to Abraham. The king of Salem and the priest of the Almighty God, Melchizedek, came to Abraham and brought bread and wine to celebrate together with Abraham, curiously the same context of the Holy Supper. Abraham gave the tithe on everything. He was well succeeded because he feared God and was a tithe giver. He recognized that everything belongs to God. The king of Sodom offered Abraham the assets, but the people should be with him in order to make them slaves and recover his assets back. He couldn`t demand anything else. Abraham recovered everything in the name of God, that`s why he wanted to do this deal. Abraham denied having anything that belonged to Sodom because what belonged to the king should stay with the king. He didn`t want other people to say that man made him rich. Abraham character was to show that he possessed just things that came from his happiness with God You can`t take the advantage of someone`s bad condition to take over his belongings. You have to help him. Abraham demanded just food for him and the young people who were with him, but what belongs to others be with them. The world needs this kind of examples, people who don`t get rich through robberies. Never do it. God will multiply what you have and people will glorify Him for what He did in your life. Do the same.

"Whatsoever thy hand findeth to do, do it with thy might; for there is no work, nor device, nor knowledge, nor wisdom, in the grave, whither thou goest."
(Ecclesiastes 9.10)
© 2023 Worldwide Church of God's Power. All rights reserved.
Desenvolvido por Nativa Desenvolvimento
Política de privacidade