Your attitudes determine your victories and defeats

You are the king in your life, so decide yourself wisely because we harvest what we do. 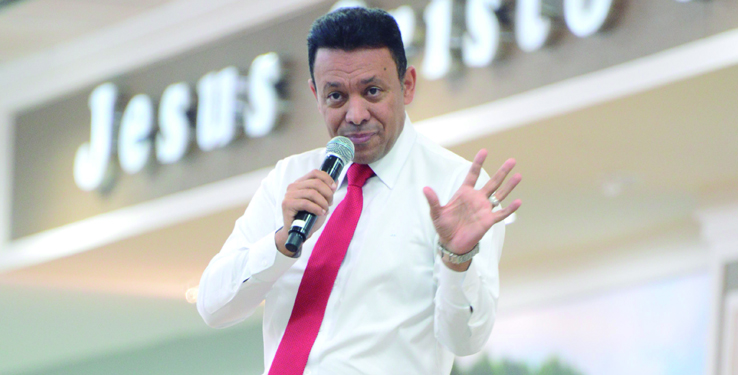 2 Chronicles 28.1 tells us that Ahaz, who had the most important position in Israel, was the king like his father, but did what was evil before the Lord, different from his father. Everything you and I do is before God - our good and bad attitudes. Besides worshipping other gods, he burned incenses and sacrificed his own children on fire. All of that contributed to his evil end.

We will harvest everything we do and plant. Ahaz did many wrong things and those things contributed to his bad end. At that time, there were two kingdoms, the kingdom of Judah and the kingdom of Israel. Because of the king`s bad attitudes, God put him in Assyrian kings’ hands.

When people, having examples, aware of the message, but acting in a different direction, God puts this person in enemies` hands to see defeats and failures. It was for that man to regret himself, seek for God, reevaluate his life and convert his ways to God`s direction. It wasn`t what he did. Don`t deceive yourself because it`s God who gives the victory. He has to be the first for us to check about our decisions. That`s the guarantee of success, to have God in the first place. The world collapsed to the king Ahaz. Even though, he was stubborn and didn`t seek God. Usually, this is the ruin for most of us, human beings. The Bible tells us those passages in order to make us aware of what happens to people who act in a similar way. The Bible also tells us that Ahaz looked for their help when defeated by the Assyrians instead of God`s help. Ahaz`s kingdom started to collapse. His enemies started to break into and take over his lands, villages, cattle, food, and people as slaves. Everyone was affected because of just one person. Because of one, the blessing may come over us, but because of one, the evil may come too. Ahaz had everything to have abundance, as God wishes us to have, but he lost everything. Desperate, he got all of his assets and gave the king of Assyria, who left him alone. It`s like a loan shark who lends you the exact amount of money to charge your life soon afterwards. Seek God because He is the Owner of the gold and silver and never increase your debts, He pays off. God also helps you with your needs. Ahaz sought the kings of Assyria and they were the defeat in his life as well as in his people`s lives. They didn`t have victories because God had abandoned Ahaz. Enemies` defeats come because they don`t have God close to them. In order to get prosperity, peace, victories, wealth, you don`t need to have a partnership with evil, just ask God. Wicked people, who have evil deeds and have money, at some moment in their lives, they will confront evil and no money will be enough to rescue them. It`s not worth it. You`d better seek God. For his wrong choices, Ahaz died. He was so bad that he wasn`t buried together with the other kings. His son, Hezekiah, reigned in his place. Hezekiah inherited a destroyed kingdom. It was defeated and with full of debts. The Bible says that Hezekiah did everything that was righteous before God. He didn`t follow the example of his father and he became one of the best kings of Judah. His father looted the church and closed it. The first mandate of his son was to reopen the temple. You are the king in your life. Your life depends on the way you go forward. Never be a king like Ahaz, but be a king like Hezekiah as well as his kingdom, his home, his family, his life and you will succeed in everything you get in your hands.

"Now the LORD had said unto Abram, Get thee out of thy country, and from thy kindred, and from thy father's house, unto a land that I will shew thee."
(Genesis 12.1)
© 2023 Worldwide Church of God's Power. All rights reserved.
Desenvolvido por Nativa Desenvolvimento
Política de privacidade