Check God, it will be good. 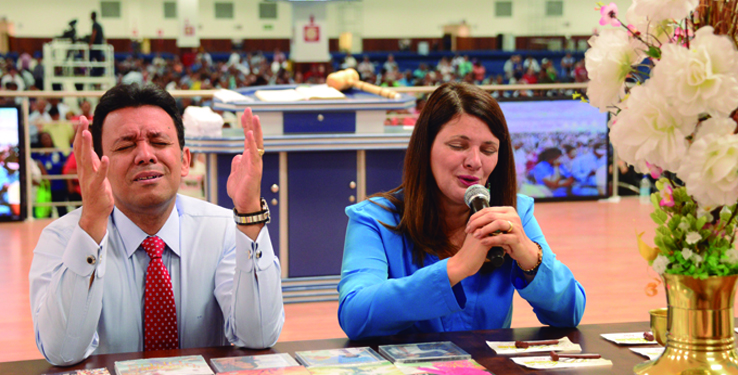 1 Samuel 30 tells us an event of David`s defeat, who was God`s man undeniably. Defeats take place in Christian`s life even if in hard moments. At those moments, people ask why it happens. The Amalekites took advantage of David`s exit as well as his men, took their families and slaves away and burned the city. Even so, God`s hand is visible because they didn`t kill anyone. Even though they carried them captive.

Many times we go through afflictions and fights, they come and it`s worthless asking why. God gave us faith for us to use it. Through faith, we may revert any evil situation that might happen to us. David found the city devastated, destroyed and their families burned. He and his men cried so much until a moment that they couldn`t anymore.

People are also used to finding a guilty person for their problems. Don`t do that yourself because you may be unfair. The worst of all, you may blame God or even say that He doesn`t exist because the opposite way, nothing would have happened. At that moment, in Israel, people wanted David to be blamed, but he cheered himself up in God. That`s the difference of God`s man and a regular one. While people wanted to throw stones on David, He cheered himself up in God in the middle of affliction, angst, cries, and threats of death. It`s in God that we may find strength. It didn`t come from David but God. Everything that David had was lost. In the middle of this chaos and threats, he encouraged himself in God. Just God can do it. A regular person would get desperate. In difficult moments, just God can help. No one can do anything for you to help you. At this moment, we have to seek strength in God. When David was already encouraged, what came to his heart was to recover his fellows` belongings and his. They didn`t know when, how long or where they had left for. Wisely, David sought the answers and advice in God. This is also God`s answer to us. Pursuit what we want because we will succeed. What He wants to tell us is the spirit of this message. We have dreams and objectives we want to achieve. You can fight for and God will deliver you. David`s family was far away in an unknown place with unknown group of people and with advantage of distance. Get that people seemed impossible. What you need is far away, the conditions were opposite, but God`s answer doesn`t let any doubt – persevere and continue. The objective of devil was to make David give up. He had experience with God and he knew that everything contributes fin a good way with those ones who love God. Behind an adverse situation, there is always a blessing, a victory. David and the six hundred men left and met those other men. Two hundred out of six hundred were weak and behind. In your walking, you will find people who give up, give in, weak stuck on the way. The situation was getting worse, the strength decreased, one third of them were behind. Despite all of those factors, David went on sure of his victory told by God. You don`t have to give up your objectives and dreams, even going through difficult situations which suggest you give in. That One who promised is loyal and never gives up. When David arrived with his men, they found the Amalekites celebrating, parting the profits of their loot. They celebrated too early because David arrived with his men and the word of God was fulfilled. It was necessary to defeat the enemies. Devil needs to be defeated, it`s not enough to reach him. It`s necessary to have the victory. God never does anything by half. He is righteous and has attitudes to show His loyalty and to prove His word never falls on the ground. David hurt them from early to late afternoon of the following day and no Amalekite escaped. There were many enemies, but the victory came from God. David recovered everything the Amalekites took away from him. Nothing was left to be recovered. Besides recovering everything that belonged to them, they also recovered what the Amalekites took from the Philistines. God gave back and added more. The spoil in unbelievers’ hands will come to your hands. You have to insist with God on prayers, seeking God. When you check God, the answer will always be good.

"For he that will love life, and see good days, let him refrain his tongue from evil, and his lips that they speak no guile."
(1 Peter 3.10)
© 2023 Worldwide Church of God's Power. All rights reserved.
Desenvolvido por Nativa Desenvolvimento
Política de privacidade