He could stop praying or hiding himself, but no, because he knew who God was 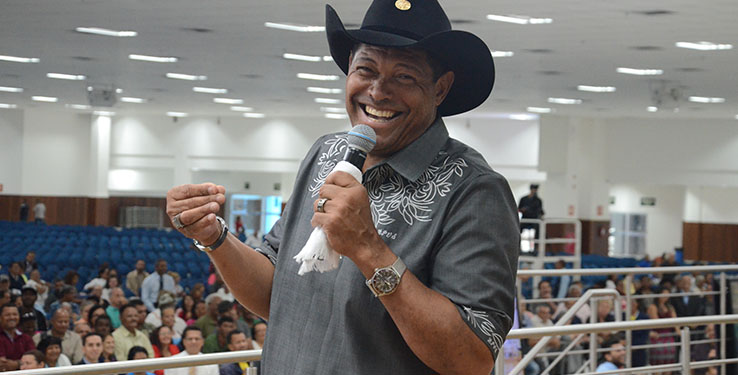 There are moments in life when we laugh, but there are also moments when we cry. Pain in our soul hurts the most. At this right moment God`s Word comes and it`s the only efficient One In the book of John chapter 15 and verse 7 it says: “If you abide in Me, and My words abide in you, you will ask what you desire, and it shall be done for you.” Daniel was a prophet and a politician. He was aware of the power of God`s Word, that`s why he made the purpose of praying three times a day. When the King's decree came out, he went on with his purpose,” Now when Daniel knew that the writing was signed, he went home. And in his upper room, with his windows open toward Jerusalem, he knelt down on his knees three times that day, and prayed and gave thanks before his God, as was his custom since early days.” Daniel 6.10 He could stop praying or hiding, but no, because he knew who God was, and he was sure in his heart that regardless the situation he should continue praying. With this attitude, Daniel bothered many who were close to him, but he did not look at it, just kept worshipping. Today, the same thing happens, when we are doing the work, many people rise to try to prevent us, but it is up to us whether or not we follow God's will. The world is in a moment of reversal of values, the right has become wrong and the wrong has become right.

Don't let the world influence you, be tight to your principles. Do not be afraid of men or of Satan, because greater is what lives in you than what is in the world.

Daniel had the goal of praying three times a day, and made this goal his life. Our goal is to take the Word of God. Have you accomplished this mission? They threw Daniel into the lion's den, and to the King's surprise, the Lions didn't touch him. It's those who accused Daniel, he was thrown. No matter who accuses you or how you accuse yourself, know who is next to you is the Almighty.

“The LORD also will be a refuge for the oppressed, a refuge in times of trouble.”
(Psalm 9:9)
© 2023 Worldwide Church of God's Power. All rights reserved.
Desenvolvido por Nativa Desenvolvimento
Política de privacidade