God has a project in your life

Regardless of who you are, no one goes unnoticed in the eyes of the Lord Jesus 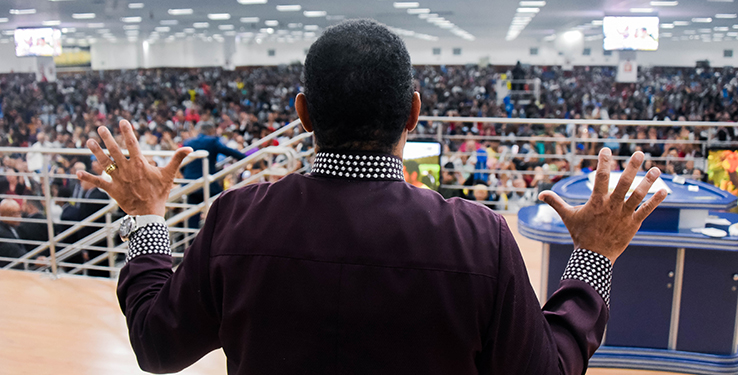 The next day Jesus resolved to leave for Galilee and found Philip, who said, "Follow me." Now Philip was from Bethsaida, the city of Andrew and Peter. Philip found Nathanael and said to him, "We find the one of whom Moses wrote in the law, and to whom the prophets referred: Jesus the Nazarene, the son of Joseph.

Philip was one of the most blessed men in the Bible, if you notice he did not need to see the dead rise or leper be cleansed, of course he saw the greatness that God does. But Philip received so much anointing that where he passed people were healed. “Philip coming down to the city of Samaria announced to them Christ. The crowds unanimously listened to the things Philip said, listening to them and seeing the signs he was doing. For the unclean spirits of many possessed would scream out loud; and many paralytics and lame were healed.

Those who need little to believe in God receive much from Him. Sometimes it beats a lot of discouragement, because he never showed himself so much of God through this gospel. And the less you need to believe, the more blessed you will be. There are people who can hardly believe in the almighty God, even God showing miracles, even God acting in the impossible, there are people who doubt God. Regardless of the situation, whose person you are, no one goes unnoticed in the eyes of the Lord Jesus. You are not seen by God only in services, He looks at you all the time and everywhere. Believe what He can do in your life. God called you for a purpose, just as He did with Philip. Just believe in Him, in the Holy Power of the Lord Jesus. He is waiting for you to say, "Here I am," and great things He will do. This fight you are living is nothing, not even close to the project God has in your life. God has called you to shine and show to the world the greatness of Him and that without Him we are nothing. God does not need you, for it is you who needs Him for something extraordinary to happen in your life. He just invites you to live it. Think about this invitation that the Lord makes for you. May God greatly bless your day!

"When she had heard of Jesus, came in the press behind, and touched his garment. For she said, If I may touch but his clothes, I shall be whole."
(mark 5.27-28)
CopyRight 2020. All rights reserved. Mundial do Poder de Deus Church.