THE FIGHT IS GREAT, BUT THE VICTORY IS RIGHT

Know that the bigger the giant, the greater his fall to Glory of God 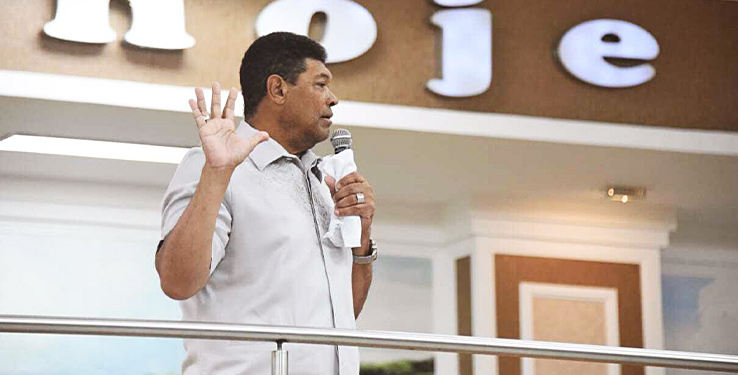 There is a moment in life when there is no use running away, sooner or later, you will be facing the giant. And you don't need to run away, if you have fellowship with God, if you are filled with the presence of God, if you love God and seek Him with all your heart, you don't have to worry about it, because when you find it the giant in front of you, God will give you victory.

David meets the giant and kills him.

“The Philistine was also approaching David; and his squire went ahead of him. Looking at the Philistine and seeing David, he despised him, because he was a red-haired and good-looking young man. The Philistine said to David, Am I a dog, to come to me with sticks? And by his gods he cursed the Philistine to David. And the Philistine said to David, Come to me, and I will give your flesh to the birds of the sky and the beasts of the field. But David said to the Philistine, You come against me with a sword, and with a spear, and with a shield; but I am going against you in the name of the Lord of hosts, the God of the armies of Israel, whom you have defied. ” 1 Samuel 17: 41-45 The giant despised and cursed little David, and yet he was not frightened. Do you know why? David had fellowship with God. And do you know the secret of your victory? The secret of your blessing? It is having communion with God. And I will fight with all my strength for you to have this communion with God; because if you are right in the presence of God, they may even despise you, they can curse you, but every enemy's trap will have no effect on your life because greater is God to bless and strengthen you and give you victory in the name of the Lord Jesus. See if David was down with the threats, see if he accepted that curse for him, see if he accepted that contempt? Know that what came to David's ears did not enter your heart, because in the heart of David, the God of armies had already said to him: I, the Lord, will deliver this giant into your hands. David was convinced, certain of his victory. Nothing that anyone would say to him would take away the faith that was in his heart, and for this great example my brother, my sister, have faith, do not be overwhelmed by bad news that comes to try to shake you. Maybe you leave the house with a goal, and along the way you find a giant, a cursed Goliath like that, that throws you a negative word, a bad word that ends up killing you, but God is telling you never to be killed again when they throw cursed words at you. He is saying: stand firm in what is in your heart, and if in your heart you are sure of victory, stand firm in this word and it is over. Know that the bigger the giant, the greater his fall to the glory of Almighty God. God bless you.

“The LORD also will be a refuge for the oppressed, a refuge in times of trouble.”
(Psalm 9:9)
© 2023 Worldwide Church of God's Power. All rights reserved.
Desenvolvido por Nativa Desenvolvimento
Política de privacidade