Ex-criminal released by the Power of God 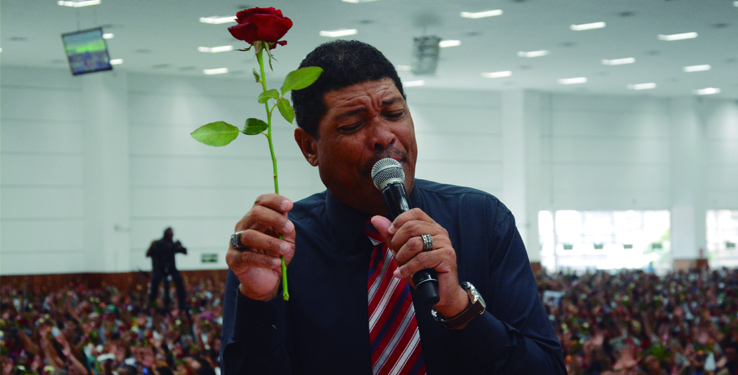 “I spent twenty years of my life in crime and drugs. When I was 14, I was arrested for robbery at gun point, homicide,, kidnap, and even in prison I was a member of the gang PCC leading several criminal actions. I was totally involved in drugs and I didn`t mind about myself. I lost two families and four children due to the criminal world.” Says Regivaldo de Lima Ribeiro, 38, resident in Osasco, São Paulo.

“I was a lost case, but my mother never gave up of me like many mothers do. She came to the Worldwide Church of God`s Power with a friend of hers to seek God for me. She brought pictures of me and was faithful. Even not knowing about all of that in jail, bishops and pastors, who dedicate themselves for people in prison, evangelized me and I accepted Jesus.

Even though, I continued at the bottom for a while using drugs, being concerned, sleepless, in conflict with myself. But, God was stronger and bigger in my life and today, I`m delivered for the honor and glory of Jesus. I feel the real joy, which now I know it just comes from God`s Power.”

"Before I formed thee in the belly I knew thee; and before thou camest forth out of the womb I sanctified thee, and I ordained thee a prophet unto the nations."
(Jeremiah 1:5)
© 2022 Worldwide Church of God's Power. All rights reserved.
Desenvolvido por Nativa Desenvolvimento
Política de privacidade