There`s no total loss when God is in the case

“To the medical science, if my son survived, he would be on a wheel chair and it would be considered a miracle.” 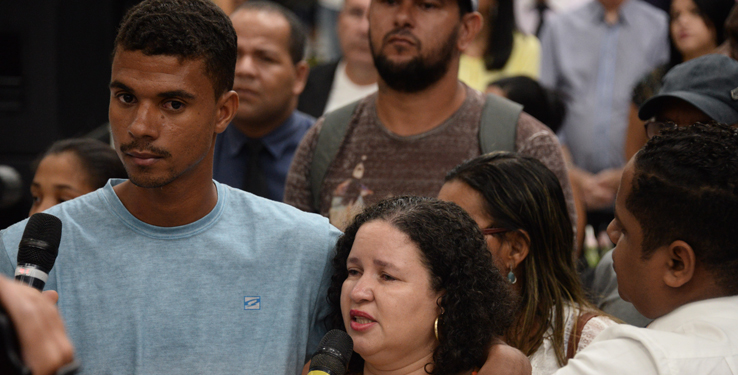 “The car I was driving overturned, so I was thrown out of the car. The car was considered total loss, but I was used as a way for God to show His Glory through a miracle”, tells Hugo Caribé, 21, about the accident he underwent in the town where he lives, the district of Itabatã, in Mucuri, Bahia.

“My son fell and fractured the cervical spine and the doctors didn`t want to deal with it because they were afraid of worsening its condition”, tells Hugo`s mother, Rosimary Gomes Caribé, 38. “To them, if my son survived, he would be on a wheel chair and it would be considered a miracle.”

Hospitalized for three months, Hugo was considered being between life and death and not having the movements of his legs. “I was concerned about him”, explains Rosimary. “I sought God in the name of my son, I cried out for God to help him everyday. I tuned the program of the Worldwide Church of God`s Power on the TV set of the hospital and passed the little towel Be You A Blessing on my son`s legs asking God for helping him walk again, survive, and be healthy.” Jesus heard Rosimary`s prayers. “Three months later at the hospital, Hugo recovered his consciousness and all of his full body movements. All of the medical team, who was in charge of my son`s case, got astounded. God was the one who lifted my son again and gave him a perfect life. They had to admit that my son`s life was a miracle”, she testifies. “I thank God for giving me this deliverance so much” says Hugo three years later in testimonial on the altar at the Worldwide City of God`s Dreams with Apostle Valdemiro Santiago. “Today, I celebrate my life twice for the glory and mercy of the Lord Jesus”.