From deep depression to prosperity through loyalty and faith in God 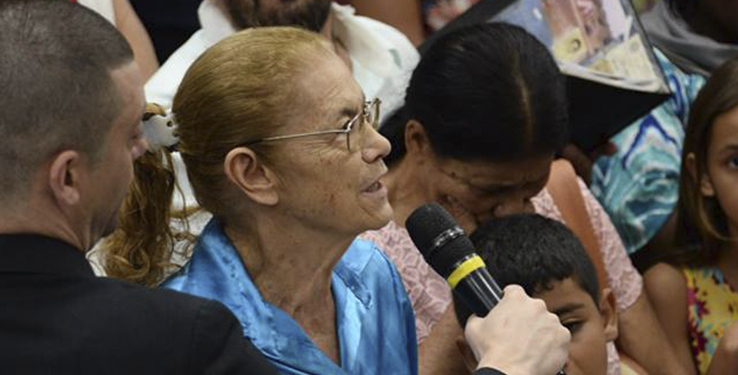 "I suffered many years because of a deep depression which made me take eighteen pills in the morning and eighteen tablets at night and I could not find a cure," says Maria Jacinta de Castro, 75 years old, resident of Goiânia, Goiás. "My cure came only five years ago when I met the Worldwide Church of God`s Power" According to Maria, it was enough to come to the temple for her life to change. “Ten years ago, I met on television, but just five years ago, when I came to the Worldwide City of God`s Dreams I was cured by placing my feet in here. At the same time, I felt different, it was a weird feeling, like something left my life and, since then, I have never suffered.

After that, I started to be an offeror and a tithe giver of this work because I want it to continue telling the word of God and helping lives like mine. That decision came because of a pastor of Goiânia where I attended, I wished to help, but I wasn't a tithe giver because I had no money to donate in my mind. This pastor said I would be a tithe giver even giving one real from what I had or received, and God would honor me.

I started and gave three reais and God acted on my behalf, that in the same month of my first tithe, I received a lawsuit case of 207,000 reais and I cried happily a lot seeing how God is faithful. Thank God and this Ministry for everything "

"Ask, and it shall be given you; seek, and ye shall find; knock, and it shall be opened unto you"
(Matthew 7:7)
© 2022 Worldwide Church of God's Power. All rights reserved.
Desenvolvido por Nativa Desenvolvimento
Política de privacidade