Determine in the name of Jesus

"When the doctor said he would not survive, I told him: I do not accept it, because I serve a God who can do everything (...)" 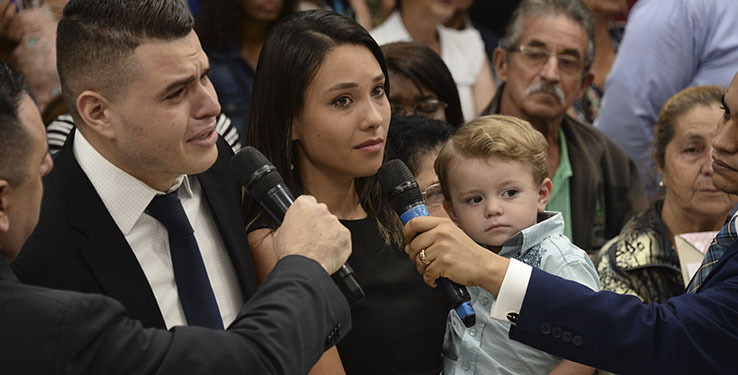 "My son Rafael almost died from a chickenpox, a bacterium that coagulated his blood, stopping the blood in the organs," explains Lucas Dantas Machado, 21. "He was hospitalized in a very serious state. The doctor said that in the history of the hospital, he has never seen a case like his with chickenpox. " According to Lucas, when little Rafael of a year and a half fell ill, "it was very fast. He was with his mother and was begging her name with difficulty on his lap. My wife prayed to God to ease his pain and he stopped crying. We took him to the hospital and he was soon intubated. My son rejected three antibiotics and spent a few days in the ICU until the doctors said they did everything they could for him, he had to wait until he reacted.

In every moment that the responsible doctor entered the room and told us that he would die, I cried out to God. He had anemia, needed two bags of blood, the infection was taking both kidneys and the doctor said he could lose both. When the doctor said he would not survive, I told him: I do not accept it, because I serve a God who can do everything and He will not let that happen to my son. "

Lucas, who is a pastor, reports that he determined that his son would be healed at the same time, at the hospital. "At that time, talking to the doctor, I knelt down and said that God would heal him, and while he was still talking to the doctor, he began to run to Rafael's room, because God healed him. He opened his eyes and began to pull out the devices alone. The attending physicians came to call the doctor and tell him that my son was awake. To the Lord's glory, the doctors did all the exams and my son has no sequel or sign of everything that happened. "