"When I went to do the second ultrasound morphology, I no longer had the cyst, the Lord healed my daughter still in the womb" 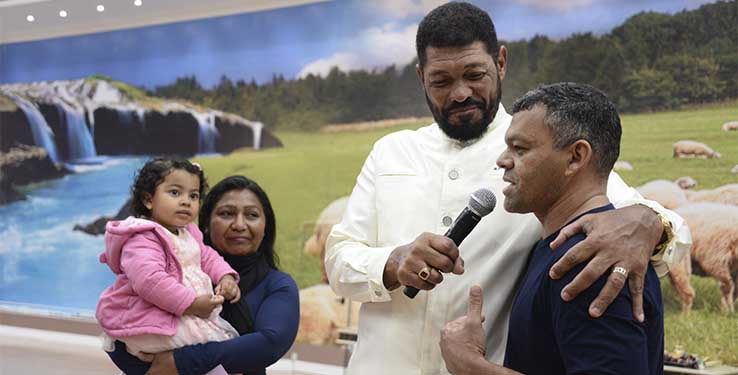 "God has done so many miracles in my life, most recently, it was my daughter who was healed in my womb with two months of gestation." This is the miracle of Mrs. Bernarda Pereira da Silva, a resident of the Vila São José neighborhood, São Paulo.

There is no such thing as impossible for God, know that He can cure any sickness. Early in the gestation, Mrs. Bernarda was performing a morphological ultrasound, and to her surprise, her small daughter had a cyst on her left side. "The doctor said that in some cases they do, but usually not," said the mother.

"We are flawed and at that moment I was very sad," reports Bernarda. However, everything that happens in our lives is God's purpose. "My husband and I joined forces and began to seek the miracle in the Resurrection of dreams." Tell your mother. Everything in our lives has the right time and the time of God, He accomplished the miracle in this family. "When I went to make the second ultrasound scan, I no longer had the cyst, the Lord healed my daughter still in the womb," says faithful. "I am very happy, through this work my husband was released from drugs, in addition, he suffered an accident that unfortunately became blind, so he called the name of Jesus and saw again," Bernarda concludes the testimony of life.

"Unto thee lift I up mine eyes, O thou that dwellest in the heavens."
(Psalm 123.1)
© 2022 Worldwide Church of God's Power. All rights reserved.
Desenvolvido por Nativa Desenvolvimento
Política de privacidade