Retired is cured of prostate cancer with prayers 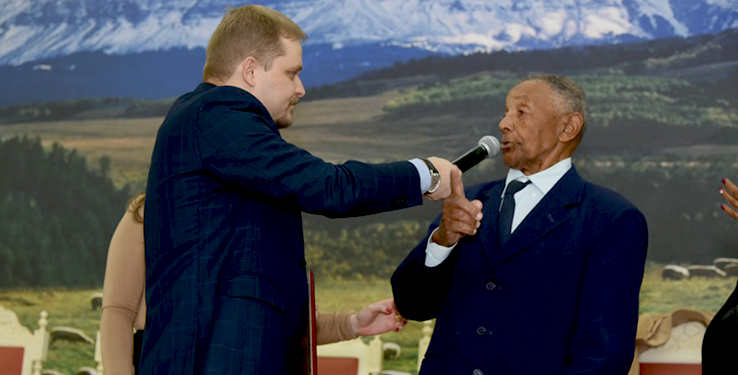 Retired Reinaldo Nascimento, 83, said he had fought for ten years against prostate cancer. The statement was during a service at the headquarters of the World Church of the Power of God in Sorocaba, in the interior of São Paulo, ministered by Bishop Neto, accompanied by his wife, Pastor Priscila Huimig. Reinaldo says he discovered the disease soon after he started to have trouble urinating. He felt a great deal of discomfort with ardence and pain. The situation became so disturbing that he had to see a doctor. After being referred to a urologist, he made a battery of exams and it was found that the retiree had prostate cancer. The case became so serious that, in addition to the pain, he suffered four months of bleeding every time he went to urinate. "It was a lot of blood," he recalls. After staying 14 days in hospital and having taken 18 bags of blood, the specialist said that the definitive solution to the problem would be surgery. Prior to any procedure, he underwent 38 chemotherapy sessions. "I suffered a lot this time. There were days when the nurse said, 'It's not like today,' "he recalls. Reinaldo says that, in addition to losing his hunger for a long time, he still lost his sleep from worrying about the illness that affected him. "I used to hear the doctors say I would not take it," he says. After so much suffering, the retiree knew the World Church of the Power of God, where he found a relief for his soul and his body. After praying incessantly and asking God for the cure he longed for, Reinaldo did not need to undergo the surgery that the specialist had indicated. Throughout much prayer and search for his healing, God answered his prayers. After another battery of tests, the diagnoses no longer accounted for the disease. The retiree says that in a short time the pain, the burning and the hemorrhage disappeared completely. "I am a true miracle," he emphasized in faith. After this great blessing received, Reinaldo did not stop praying and crying out to God. In 2013, he was raised as a worker at Sorocaba's IMPD, volunteer work, where people help in the church's affairs and pray for the people.

"Every year I go through exams (the required expertise), and the doctors are shocked by the results. They keep asking me what happened, and I respond that God has healed me, "he testified. Although retired and old, he continues to work in recycling service. "My retirement is low and that is why I work until today. Reinaldo is so healthy that in addition to working, he participates and helps in worship four times a week. "Today I eat well and sleep like a child. I made up a picture with a picture of me, and I placed it in the church, written like this: 'I am a miracle.' "

“My voice shalt thou hear in the morning, O LORD; in the morning will I direct my prayer unto thee, and will look up.”
(Psalm 9:9)
© 2022 Worldwide Church of God's Power. All rights reserved.
Desenvolvido por Nativa Desenvolvimento
Política de privacidade