Student who was born blind from one eye and was at risk of losing the other, receives touch and healing from God 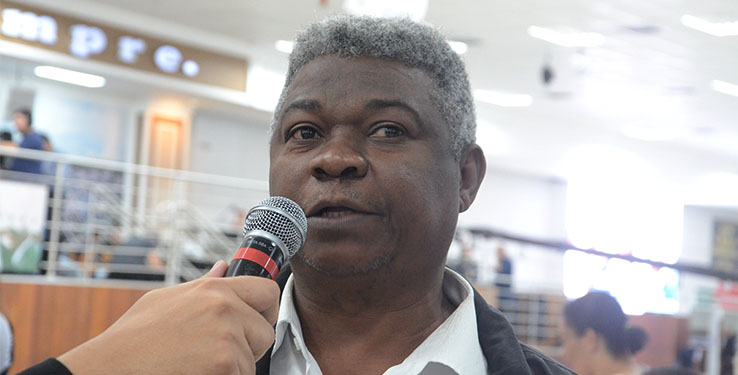 "Let us seek God. I have faith!". It was thus that the assistant Gilson Pereira dos Santos, 58, a resident of the eastern zone of São Paulo, answered the ex-wife when he received the news that student Oseias Araújo Pereira Santos, now 18 years old, would need to operate from the only eye he could see . The vision was compromised by the advance of a birth defect that had already left the blind child on one side. The doctors indicated the invasive procedure in an attempt to save the cornea. During the examination process Gilson participated in the Concentrations of Faith, Power and Miracles in the World City of God's Dreams in Brás, always with much hope that his son would be reached. "One day the Apostle Valdemiro Santiago hugged me, I showed the picture of Hosea, he prayed and said that the boy had nothing left. At the hospital, doctors asked for three X-rays and called the mother to ask where the child had operated, as the pictures showed that there was a surgical mark - stitch scar - and the boy had seen both eyes again. My son was discharged and returned home because he was completely healed. " He makes you see Jesus is a specialist in restoring visions. In chapter 9 of the book of John he heals a blind man from birth, just like the student Hosea. No scalpel or conventional medicine methods are used. The spontaneous miracle happens supernaturally through faith. The Son of God spits on the earth and places the salty mud in the eyes of the man who, when washing them in the pool of Siloam, sees again.

"The man named Jesus made sludge, and anointed my eyes, and said to me, Go into the pool of Siloam and wash yourself. So I went, washed and saw, "John 9:11.

And it is not only the physical vision that Christ can restore, but also the spiritual vision and his ability to see life again with hope. Let the hands of God take away from your eyes all the weight and pain, bringing joy and health to every area you can imagine. He is good!

“He brought me up also out of an horrible pit, out of the miry clay, and set my feet upon a rock, and established my goings.”
(Psalm 40:2)
© 2022 Worldwide Church of God's Power. All rights reserved.
Desenvolvido por Nativa Desenvolvimento
Política de privacidade