In addition to lowering the amount, the payment could be parceled out 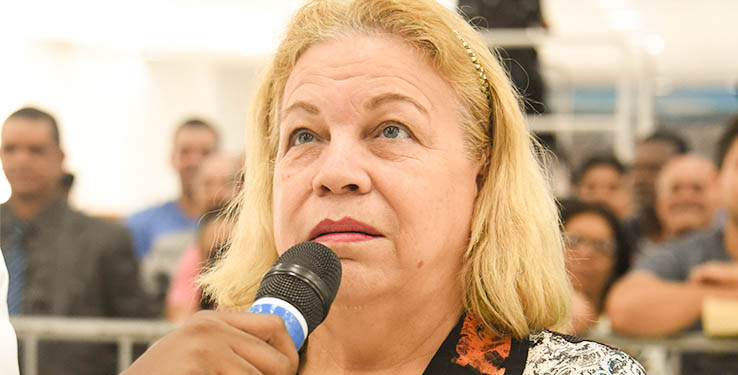 "When you (Apostle Valdemiro) launched the new purpose, I felt in my heart to help, so I asked the money for my husband on Monday and the next day I came to the Church and fulfilled the purpose," says Daizia Ramos Gonçalves , 63, a resident of the city of São Paulo, the beginning of the change in her life.

In her testimony she declared that she did not make the purpose to gain anything, and that she did it only for the love of God's work, but the moment we have the heart in the work, the Lord prepares infinite blessings. "On Wednesday, my son called me again and said: 'Mom, just work because I closed the deal, I bought the store for R $ 29 thousand and still, I'm going to give only R $ 5 thousand in and pay R $ 2 a thousand a month, "I replied," God is pure my son! ", concluded the testimony.

“He brought me up also out of an horrible pit, out of the miry clay, and set my feet upon a rock, and established my goings.”
(Psalm 40:2)
© 2022 Worldwide Church of God's Power. All rights reserved.
Desenvolvido por Nativa Desenvolvimento
Política de privacidade