God heals man of a bacterium in the skin

Soon after depositing all his faith, man was cured of a bacterium in the skin 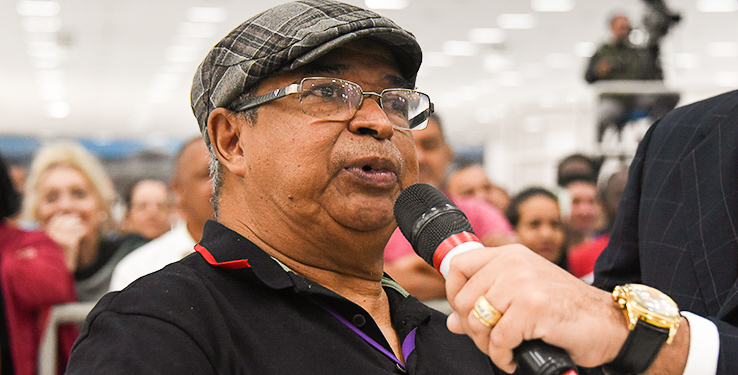 This Sunday, (March 24) was a day of great victory for Leonidas Santana, 67, a resident of the city of São Paulo, because eight years ago, a bacterium, known as Dermatitis Atopic, was spreading on the skin . During a medical appointment, the specialist told Mr. Leonidas that there was no way and that it would be necessary to amputate the leg.

"Through the World Church television program, I began to seek healing from God and I had great faith," says Leonidas.

"I was already prepared to amputate or die," says Leonidas. But he did not lose hope. Through the World Church television program, he dared to put all his faith in the miracle God had prepared for him. "Through the life of the Apostle Valdemiro Santiago, Jesus Christ has healed me," says Leonidas. Today he is healed. He no longer feels any nuisance in his leg. He was freed and witnessed his victory in the World City of the Dreams of God, in Santo Amaro, for the honor and glory of God. If you find yourself with some illness and seek healing, do as Leonidas dares to put all your faith in our Lord Jesus Christ and come to our meetings every Sunday at 7 am in Santo Amaro, Rua Benedito Fernandes, 280 and at 10 am at Rua Carneiro Leão, 439 - Brás.