Great Vigil of Praise and Worship 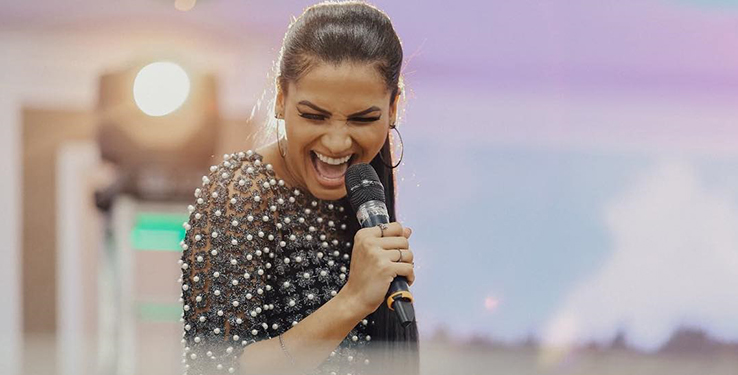 A great vigil of praise and worship was performed early from February 12th to 13th, 2018. The singer Juliana Santiago, who gathered worshippers from São Paulo and other places in Brazil, ministered it. “While people outside celebrate empty parties, we worship the name of the Lord and celebrate our salvation before Him among us”, declared the singer. The vigil received the ministers of worship Elaine Martins, Pastor Lucas, Band Resgate, Silas Simões and Midiam Lima, besides Juliana Santiago and her band. Apostle Valdemiro Santiago ministered a message of God as well. .

“In Heaven, there won`t be a party of flesh, but the choir is extraordinarily huge and patched”, declared Apostle Valdemiro Santiago about the vigil of the worship. “This vigil is just a rehearsal of the party which we will have in Heaven”. The Man of God attended some worships emphasizing the value of praise

“Our trend is to complain, but Job adored, became a winner, and lived one hundred forty years more. He saw grandchildren, great grandchildren, and great great grandchildren, and he could be happy because he didn`t hear his wife when she said he should curse God. Never curse God”. The message, which was ministered by Apostle, can be read in this link. Besides worships, testimonials on God`s attitude on attendees and miracles fulfilled after the prayer confirm the fruits of the Power of God in His worshippers. "God filled my heart with joy by this privilege of being together before his presence," said the singer Juliana Santiago, about being able to minister the work on this great Vigil of praise and worship.”